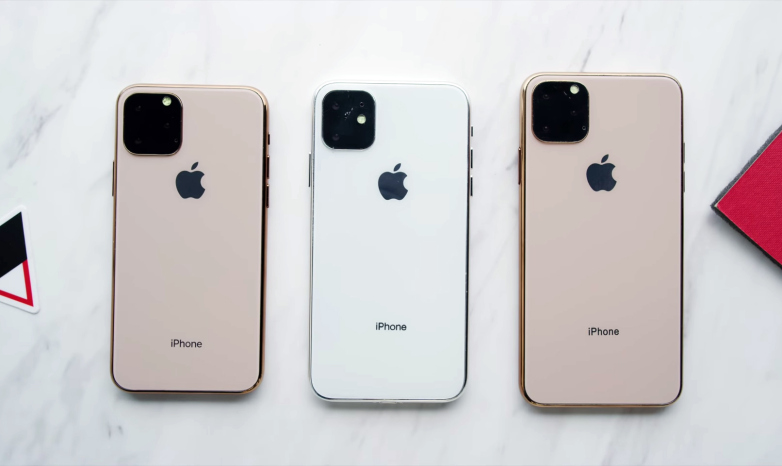 Should You Buy The New iPhone 11?

In terms of actual dimensions, according to iPhone 11 rumors or leaked videos, it is expected to be released this fall and there’s going to be three models supposedly. An iPhone 11, the normal sized one at 5.8’, then a bigger version, presumably the iPhone 11 max at 6.5’ and then we have the budget iPhone, which I imagine would be called the iPhone 11 R at 6.1’.

All three of these phones correspond to the current lineup the 10S, 10S+ and the 10R. The biggest difference aesthetically between these upcoming iPhone 11 models and the existing lineup is the camera system on the back.

If you look on the back, there is a triple camera system on the iPhone 11 and iPhone 11 max. The iPhone 11R, the budget version, still has a square-shaped camera humph, it’s not perfectly square compared to the other two, but it only has two cameras.

The ones with the triple camera setup, the 11 and 11 max, are supposedly running a wide-angle camera as the third lens. The past two generations of iPhones even on the top end, they’ve only had two lenses: a zoom and normal lens. But this third camera lens on these new phones is supposed to provide a much wider focal length.

It’s not really a new technology but it’s a feature that existed on a lot of other phones, Android phones have had them for a while, but this is the first time we’ll have seen an ultra-wide lens on an iPhone and it’s something that I am really glad that they’re implementing it. We find that when we shoot for photography, we just shoot wide as it lets you see more stuff and you can always capture as a whole.

If you ever want to, you can always zoom it on a photo later, but if you start off with just regular focal lengths or zoomed in focal lengths, you just lose the entire picture that you would otherwise have seen.

A lot of the phone unfortunately remains unchanged from last year’s model and even from the previous generation from 2017. We still have the Lightning port, which is fantastic. We still have OLED screens up front, same sizing. The phones are supposed to be a little bit thicker for 2019 but the overall look, feel and functionality of this phone remains largely unchanged from last year and even from the year before.

This year’s model, because it’s so similar in design, feel and look again, it feels once again a little underwhelming to me based on these models and I actually think it takes some serious confidence to take these phones and sell them in 2019.

There are some upgrades internally for these phones: some new processors that will help the camera system and the whole functionality of these triple camera systems or dual camera system, based heavily on that processing power.

We imagine we’ll get some better low-light processing, something that iPhones camera system has kind of fallen behind over the years versus other competitors on the android market right now like Huawei with their P 30 and P 30+.

Their low-light photography is just way ahead when it comes to what the iPhone can deliver. The reason being, iPhones try to do their processing in real time (whatever you’re seeing on your phone screen when you shoot is what your picture is going to look like), whereas companies like Huawei, they’ll process it just after you snap the shutter, so it’ll process it and then display the image.

Still, the iPhones have put this emphasis on real-time processing on the cameras screen while you’re shooting photography, having a faster processor in these new iPhones will definitely help with these low-light images.

It’s also supposed to have reverse wireless charging, kind of like the Samsung and Huawei phones. If you have wireless earbuds or an Apple watch, you could theoretically charge it off the back of these upcoming iPhone 11s. So, if you are a sports fan or you are just into NFL wagering, you will be able to watch all those games of the new season on your iPhone, even if you are on the subway or in a crowded bus.

The hardware on these phones is an upgrade compared to last year’s iPhones but some of this hardware show its age: the lightning port in particular, the notch on the front, a lot of the competitors out there have moved on to technologies that just look and feel newer.

Next year’s models the 2020 iPhones are rumored to have a pretty big redesign with new screen size options. So, if you’re in the market for a new phone right now and you don’t really need to get an upgrade for 2019, I would totally wait for the 2020 new models as they will look much better.

Published in Opinion and Technology