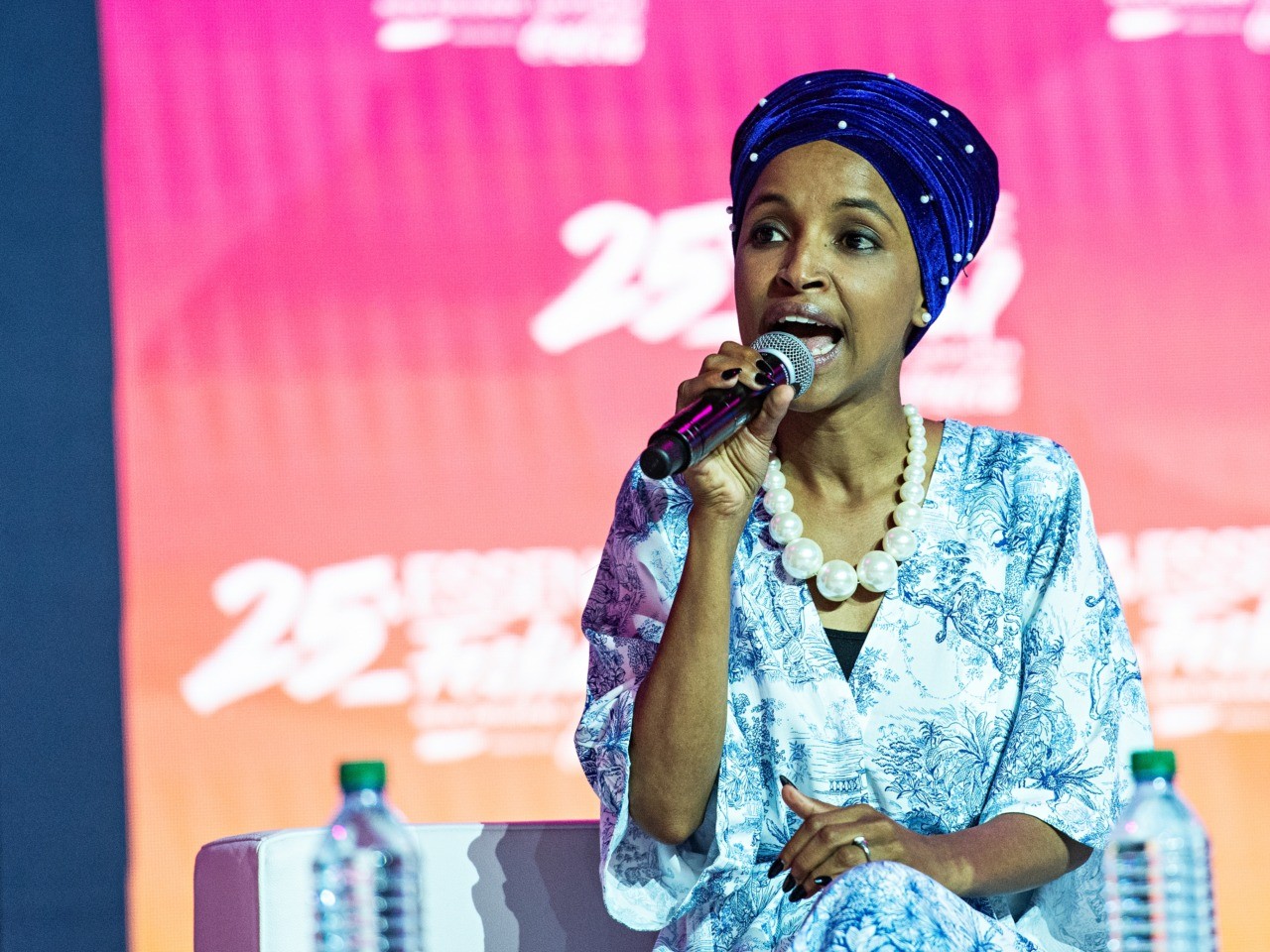 Freshman Democratic Representative Ilhan Omar was arrested for trespassing at a Minnesota hotel on January 18, 2013 during a visit from former Somali President Hassan Sheikh Mohamud.

After a speech at the Minneapolis Convention Center, Mohamud left with his staff and traveled to Hotel Ivy where he planned to stay the night. Large groups of Somali-Americans ended up following the convoy to the hotel, including Omar.

According to Alpha News:

Hotel staff requested police assistance in clearing the lobby, saying that anyone without a hotel room key was not welcome on the premises and needed to leave immediately. The officer handling the incident said the majority of people who were asked to leave were compliant. However, Omar, when approached, was “argumentative” and refused to leave.

“As she stood her ground and refused to leave I took hold of her left elbow to escort her from the lobby. Omar then pulled away from me stating, ‘Don’t put your hands on me!’ Others in her group complied and began walking toward the front entry/exit door as I ordered and I managed to coax Omar out with them,” the police report reads.

Ten minutes after the original encounter, the officer reports finding Omar seated in a different area of the lobby. According to the officer’s account, Omar “remained defiant” as he informed her that she would be arrested for trespassing if she didn’t leave.

Since she refused to comply with orders, the officer arrested Omar. The officer reached for Omar’s left arm to get her to stand so she could be handcuffed, but she pulled away. The officer handcuffed her while she stayed seated in the hotel lobby chair.

“Omar was booked at [Hennepin County Jail] as I felt it was likely that she would fail to respond to a citation and she also demonstrated that she was going to continue her criminal behavior,” the officer wrote. 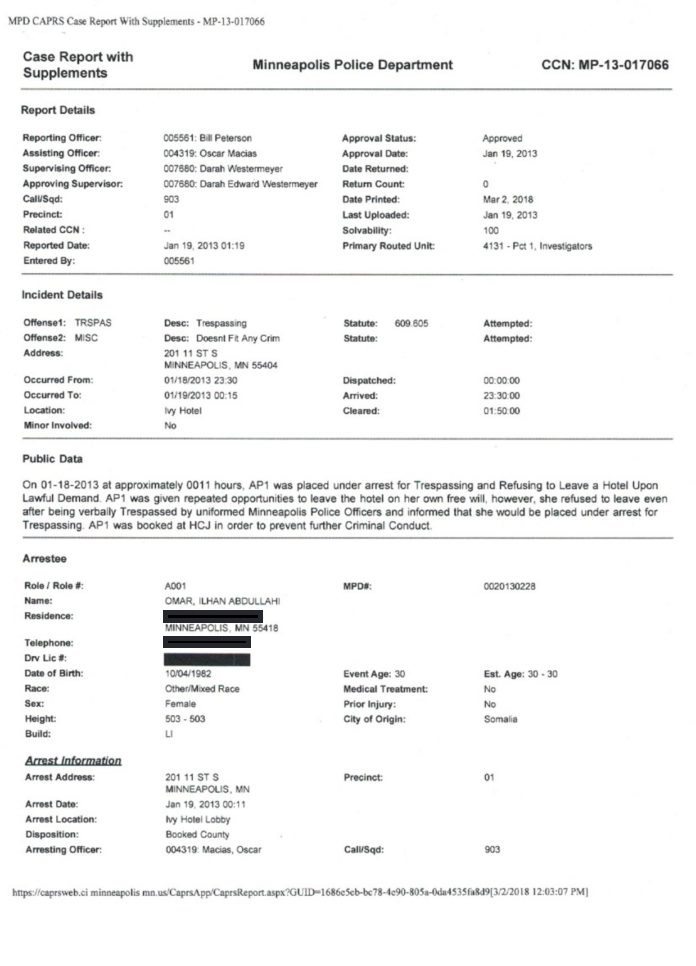 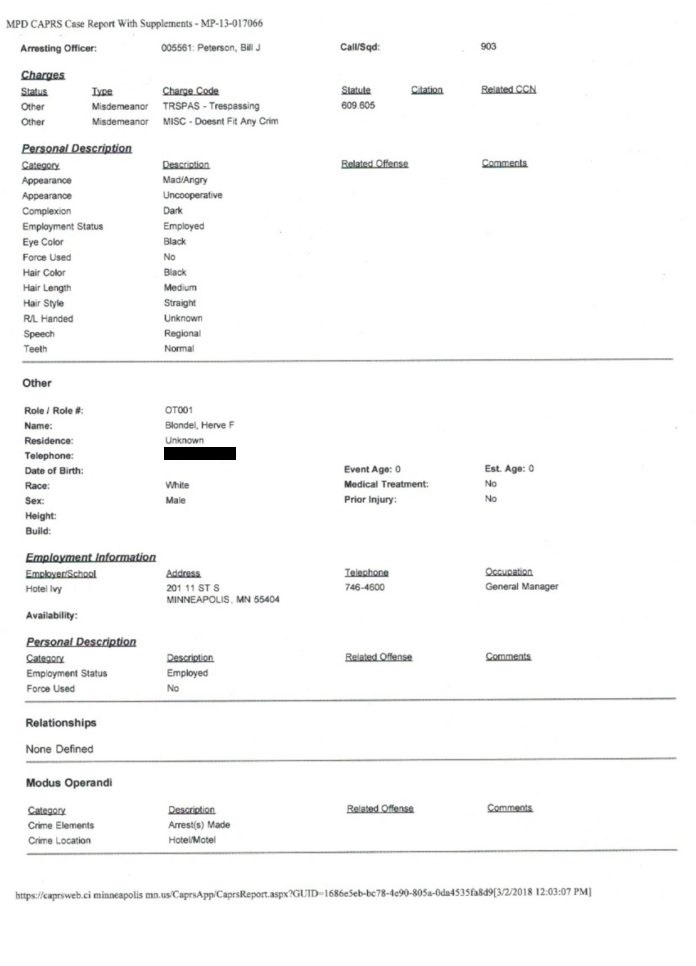 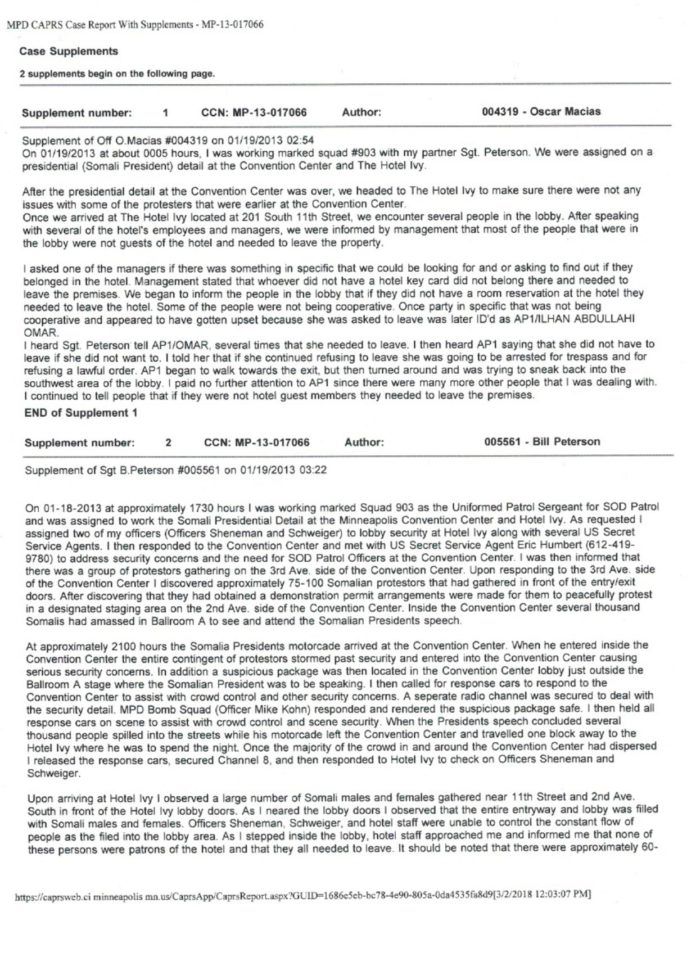 Published in Crime and Politics