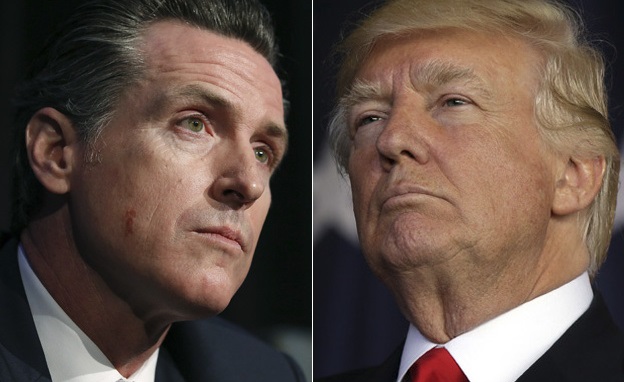 According to Politico, this bold move is a “dubious attempt to pry loose President Donald Trump’s tax returns,” which will essentially result in his removal from the upcoming 2020 primary ballot since Trump is unlikely to release his financial information due to ongoing audits by the IRS.

For Democrats who wield absolute control over Sacramento, the measure offered a chance to directly confront a president who is deeply unpopular among most California voters — and for Newsom to escalate his long-standing feud with the president while distinguishing himself from Gov. Jerry Brown, who vetoed a similar measure in 2017. – Politico

Senate Bill 27, which passed unanimously in the Assembly on July 8 and Senate on July 11, mandates that all White House hopefuls must submit five years of income tax filings by late November to get on the March ballot, reports Deadline.

Shortly after signing the bill, Newsom released a statement explaining how California has a “special responsibility to require this information of presidential and gubernatorial candidates” since the state is one of the largest economies in the world and home to nearly 10% of Americans who are eligible to vote.

“These are extraordinary times and states have a legal and moral duty to do everything in their power to ensure leaders seeking the highest offices meet minimal standards, and to restore public confidence. The disclosure required by this bill will shed light on conflicts of interest, self-dealing, or influence from domestic and foreign business interest,” Newsom added.