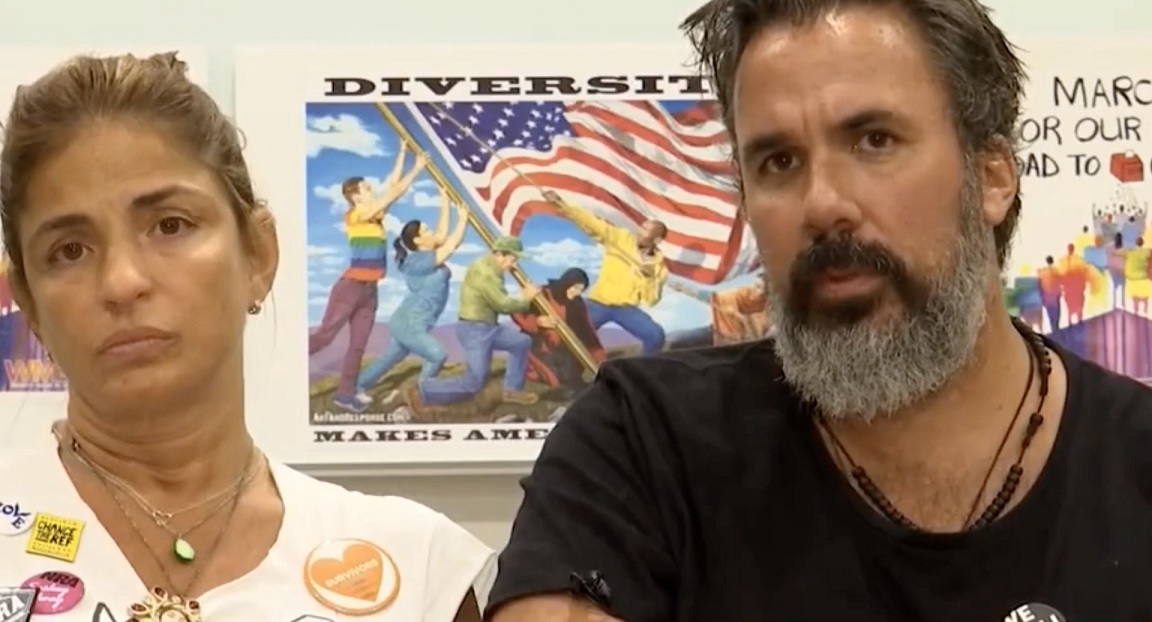 Manuel and Patricia Oliver, the parents of Joaquin Oliver, a student who was killed during the Marjory Stoneman Douglas High School shooting in 2018, were visiting El Paso, Texas on Saturday when a gunman entered a Walmart store and opened fire on customers, killing at least 20 and injuring dozens more.

Both parents shared their reaction to the shooting in an interview with local news outlet KTSM:

“You saw what happened today and it could happen tomorrow in another ‘safest city in the country,'” Manuel Oliver said. “So this is America, this is how we live here. We pretend to have things that we don’t have. We like to think that it is a perfect country, but it is not.”

The Oliver family has been an advocate for gun laws following the 2018 tragedy in Florida. They repeated their stance on Saturday in El Paso.

“You need to talk about guns, right now. You cannot wait because ‘it is too early to talk about guns,’ and not say ‘thoughts and prayer’ as an answer. Don’t do that,” Manuel Oliver said. “This advice is coming from the parents of a victim from Parkland.”

Reporter: In our area today to unveil a mural dedicated to those lost to gun violence in Mexico – they just happened to be here and we were able to hear from them.

They have a very different take on all of this than the governor. They think now is exactly the time to speak about gun control. They think it should have been something that was addressed long ago. Certainly before Parkland, dating back to Columbine, the first kind of mass shooting of this type that has since become the norm in the country unfortunately.

So, you saw what happened today. It could happen again tomorrow in another “safest city in the country.” So, this is America. This is how we live here. We pretend to have things that we don’t have. We like to think that this is a perfect country, but it’s not.

And today is another proof that our point that we made every single day since February 14th, that this could happen to you. It happened to you.

And this advice is coming from parents of a victim from Parkland. So, we know what we’re saying.