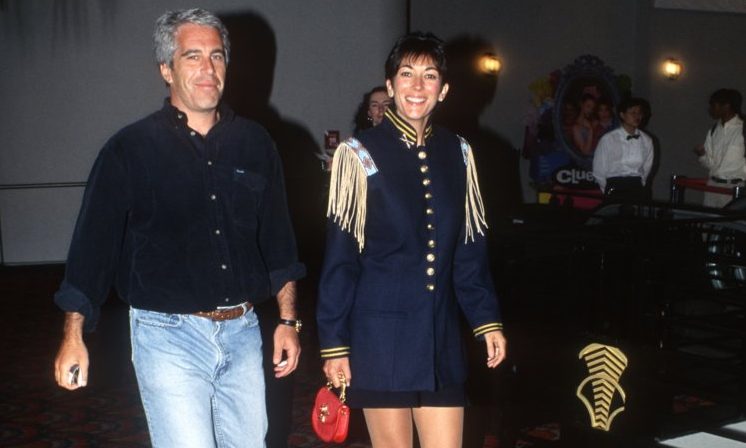 Ghislaine Maxwell, the alleged madam to now-deceased Jeffrey Epstein, was photographed “scarfing down a burger, fries and shake” at an In-N-Out Burger restaurant in Los Angeles on Monday while reading ‘The Book of Honor: The Secret Lives and Deaths of CIA Operatives,’ reports the New York Post.

After being spotted, she reportedly told an onlooker, “Well, I guess this is the last time I’ll be eating here!”

Oddly enough, a review of the book she was reading was posted on Amazon yesterday under the name ‘G. Maxwell’:

A comforting read after a personal tragedy

A good friend of mine died recently under very tragic circumstances. Some of us saw it coming for quite a while but it was still a huge shock when it finally happened. I picked up this book at the advice of a friend and absolutely couldn’t put it down. I’d read it walking the dog, getting fast food, or even just lounging around the house. It helped me realized[sic] that my friend really believed in something, and that giving your life for the CIA, NSA, FBI, Mossad, or other intelligence agency is truly a higher calling and not something to mourn. A wholehearted recommendation.

The review was for the Kindle version of ‘The Book of Honor: The Secret Lives and Deaths of CIA Operatives,’ which is strange because if what the New York Post and other outlets are reporting is true, the book she was reading at In-N-Out was obviously a hardcover.

So far, dozens of people have found Maxwell’s alleged Amazon review to be “helpful.”

Published in Conspiracy, U.S. and Weird