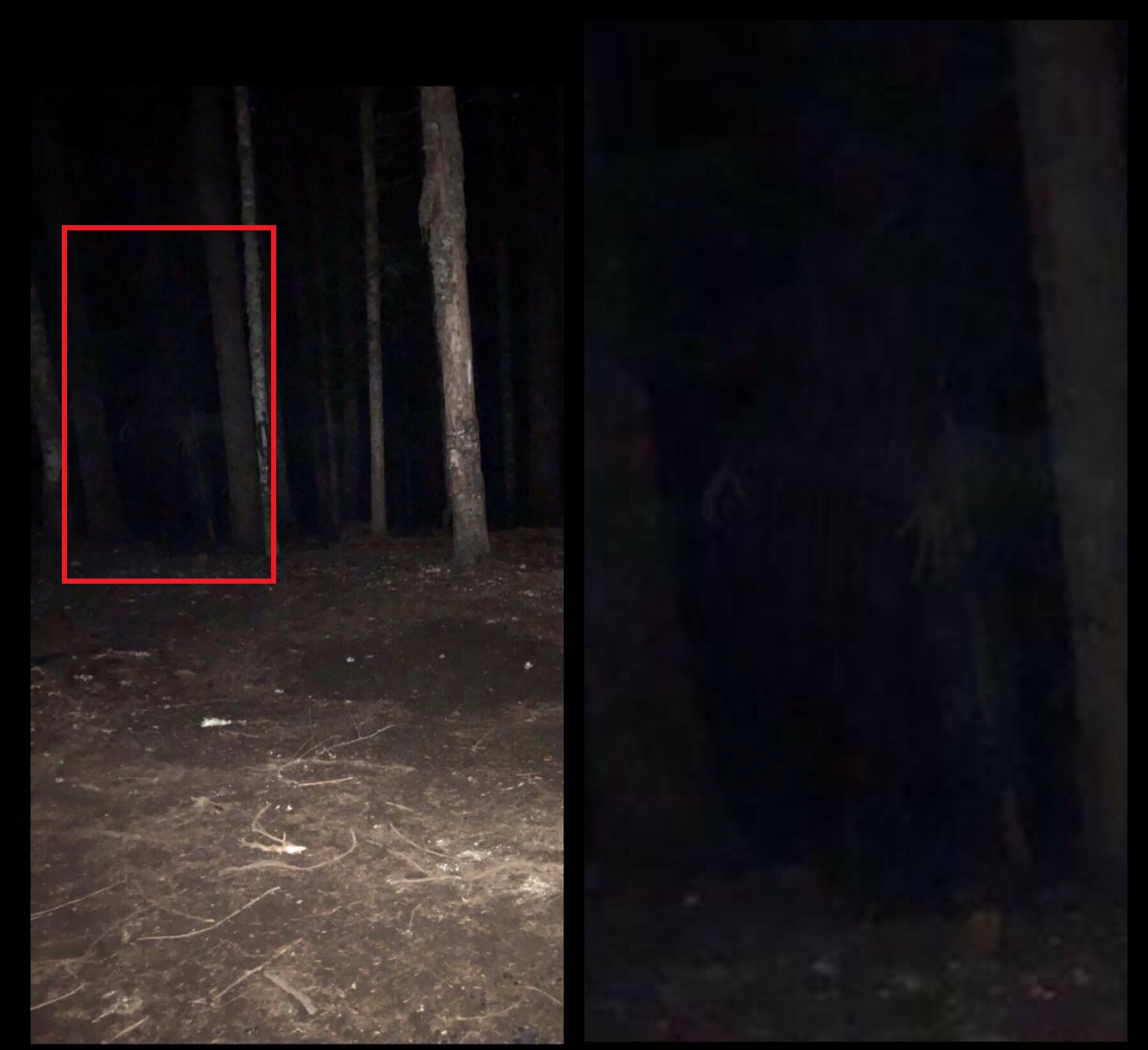 Is It A Ghost? Spooky New Photo Emerges After Group Of Friends Go Camping Deep Inside Oregon Woods

During a recent camping trip in the Mt. Hood National Forest, a group of friends reportedly started hearing “strange snapping noises” near their tents.

Since the sun had already set, it was pitch black and the group couldn’t see anything. They decided to take out their phones and snap random shots of the surrounding woods, hoping to catch a glimpse of what was making the noise.

What they discovered was chilling.

A humanoid-like creature stood next to a tree, facing their direction. Clearly visible in one of the photos were two emaciated hands and one foot; everything else was shrouded in darkness.

See the photo below, which was originally shared on 4chan’s /x/ paranormal board:

Some viewers speculated it may have been some type of apparition, skinwalker, wendigo or even a Ringwraith (you know, from The Lord of the Rings).

One user posted the following response, claiming to have seen more than one “person” in the picture:

“Wait… Those are actually f*cking people. No ghost, no monsters, just real people. These newer camera bulbs project a form of light we don’t absorb very well, but our eyes see so much more varieties of colour than cameras can pick up, it’s essentially blurred through the void of other light colours we absorb quite well. Before it seemed there was a lot more red and so mostly only the eyes of people get reflected at that distance.”

Others messed around with the lighting and contrast elements in an attempt to see a more clear image of the strange being:

Still, some weren’t entirely convinced the photo is legitimate.

What do you think? Let us know by leaving a comment.