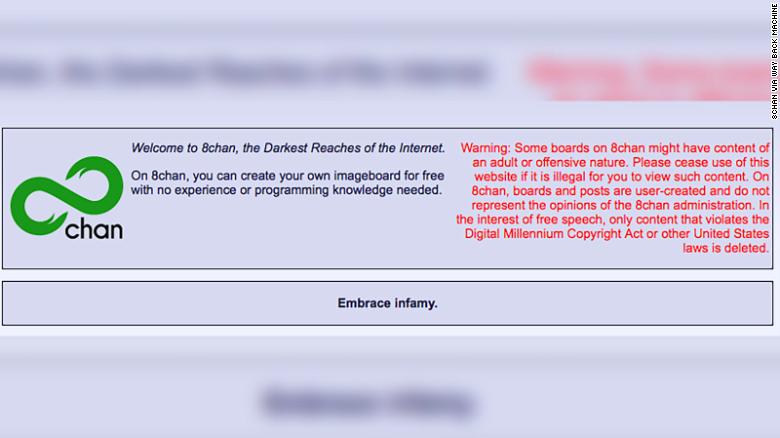 Fredrick Brennan, the founder of popular image board 8chan, has warned the website’s current owner, Jim Watkins, will most likely lie to the House Homeland Security Committee during his closed-door session on Thursday morning.

Brennan specifically made the following statement about Watkins concerning the testimony: “He’ll lie through his teeth.”

In August, lawmakers in Washington, D.C. subpoenaed 8chan’s owner to appear before Congress and answer questions regarding the controversial content that regularly appears on the website.

Watkins insisted 8chan would come back online after his testimony. The site has been down for weeks ever since Cloudflare, a Denial-of-service attack (DDOS) mitigation service, dropped it in the wake of a series of mass shootings.

Brenton Tarrant, the suspected New Zealand mosque shooter who killed 73 people, wrote a manifesto which made its way onto the image board where it was “cheered on” by some of the users, according to NBC News.

8chan’s founder has since disavowed not only Watkins, but the site itself, saying it has become a place where “tech savvy white nationalists celebrated and planned shootings while quickly archiving and disseminating the shooter’s message.”

“He has no rules against inciting violence or celebrating mass shootings,” Brennan said in an interview.