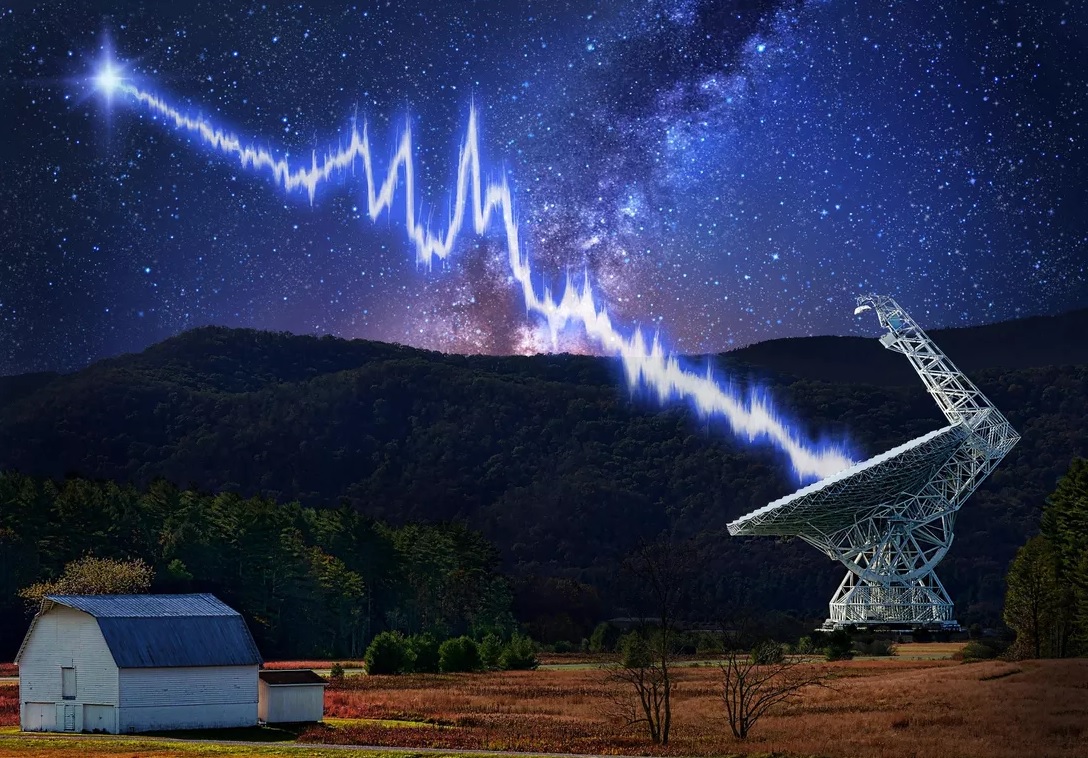 For the first time, scientists have detected a radio signal from outer space that repeats at regular intervals.

The series of “fast radio bursts” – short-lived pulses of radio waves that come from across the universe – were detected about once an hour for four days and then stopped, only to start up again 12 days later.

This cycle repeated every 16.35 days for more than a year, according to a new paper about the research.

The bursts originated from a galaxy about 500 million light-years away.

“The discovery of a 16.35-day periodicity in a repeating FRB source is an important clue to the nature of this object,” the scientists said in the paper.

The repeating pattern, reports Science X Network, “suggests the source could be a celestial body of some kind orbiting around a star or another body. In such a scenario, the signals would cease when they are obstructed by the other body.”

“But that still does not explain how a celestial body could be sending out such signals on a regular basis,” Science X said. “Another possibility is that stellar winds might be alternately boosting or blocking signals from a body behind them. Or it could be that the source is a celestial body that is rotating.”