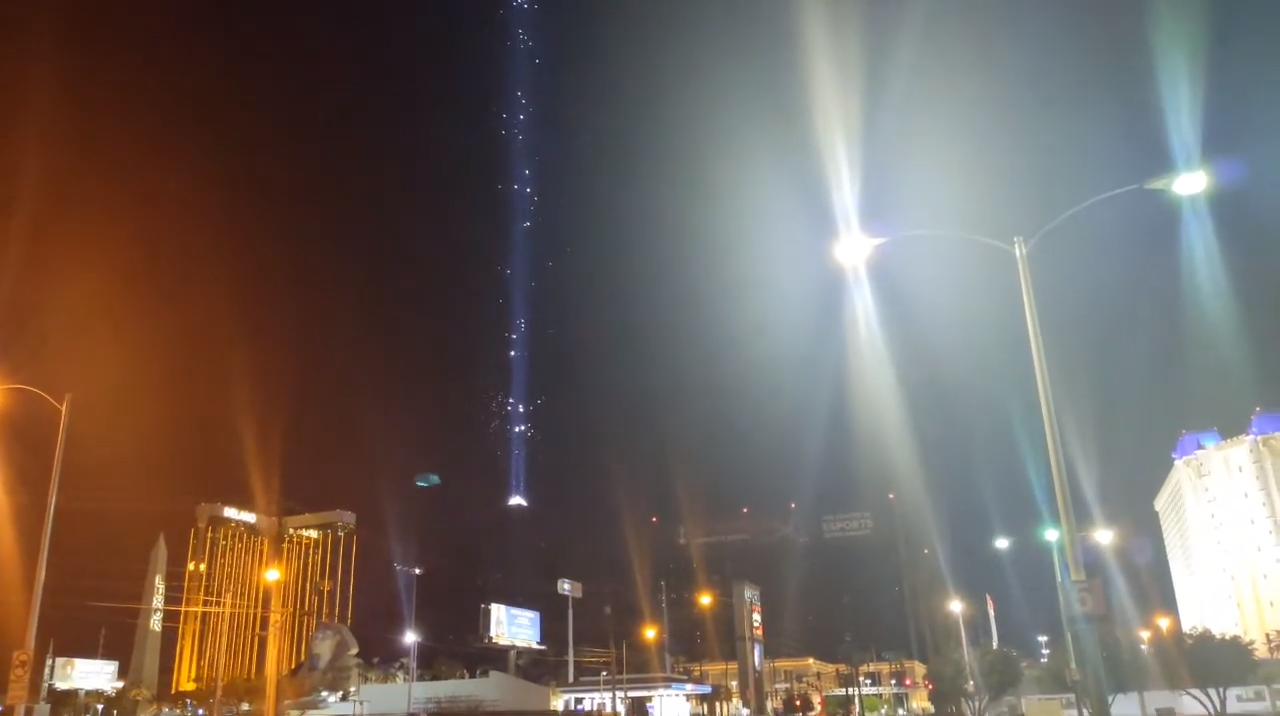 Early Sunday morning, Youtube user The King of Bakersfield recorded hundreds of tiny lights circling around the famous Sky Beam that emits from the top of the pyramid-shaped Luxor Hotel in Las Vegas, Nevada:

Some have speculated the lights may be reflections of either insects or small flying animals, such as bats.

According to Casino.org, Luxor’s light beam has “created its very own ecosystem” since the early 1990s, when the hotel was first built:

There are so many bats lazily consuming the vast quantities of bugs in the air [above the hotel] that many tourists end up mistaking them for UFOs.

Owls, a nocturnal predator, could be another possibility:

With an abundant source of bats in one place, owls have also descended on the Sky Beam, getting their own feast and adding even more UFO fever when they are caught in the light.

Watch George Knapp, a local journalist and Coast to Coast AM fill-in host, explore the phenomenon: