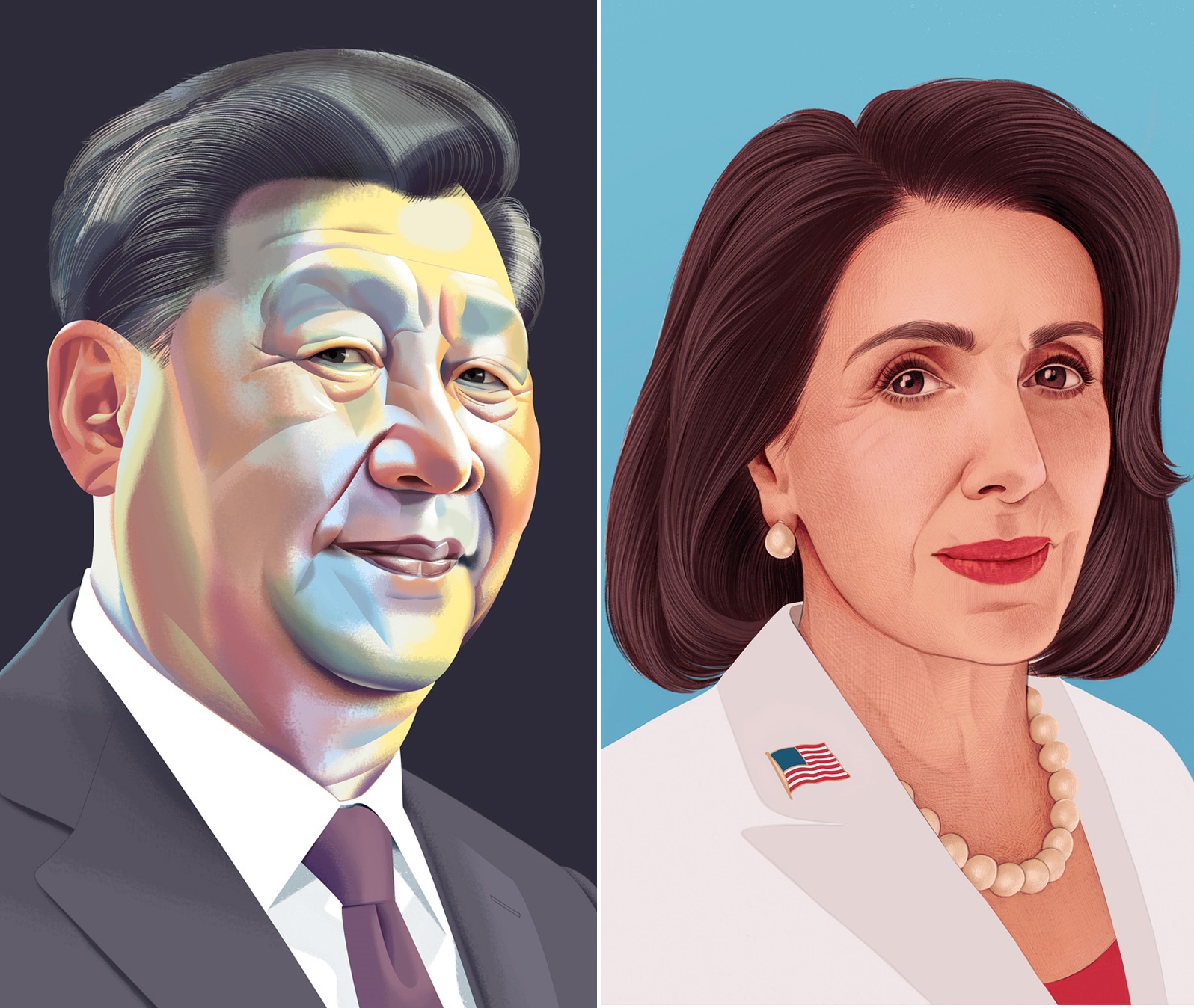 Does China Own Nancy Pelosi And The Democratic Party?

Here's what Nancy Pelosi's House of Representatives did today:

One minute and 55 seconds of work

And Pelosi had the audacity to include $25,000,000 in additional "Salaries & Expenses" for the House in her bill

Meanwhile, American workers and the businesses that employ them continue to suffer economic hardship due to a nation-wide lockdown of non-essential goods and services.

At a time when temporary financial relief is needed from the government, Democratic politicians are showing their true colors by continuing to play ridiculous games of identity politics and partisanship.

At this point, some of you might be asking: Why are they refusing to help the American people during an unprecedented crisis that is threatening not only lives, but also livelihoods?

The fact that Democratic House representatives, led by Speaker Pelosi, are blockading a relief bill that is meant to provide working-class Americans with the means to obtain the bare necessities they need to live (food, water, shelter, etc.) is a testament to how little they actually care about this country.

Not surprisingly, this isn’t the first time Democrats prioritized their own self interests, or even those of foreign entities, over Americans.

Last year, we published a story about how certain Democrats were reportedly being paid off by Mexican drug cartels to keep the southern border wide open. Here is a short snippet from that article:

Jeffrey Peterson, a former Democrat and founder of Quepasa (MeetMe), thinks the corruption between drug cartels and Mexican government officials has leaked over to the United States; more specifically, to the Democrat party.

This may be why Democrats are fighting tooth and nail to stop any kind of border wall legislation. They do not want, and will never support, a physical barrier between the U.S. and Mexico as long as the (alleged) corrupt payoffs from cartel killers continue to line their pockets!

Evidence to support this notion was presented, including information about $100 million bribes between cartel kingpins and the former Mexican president. Most importantly, Wikileaks allegedly revealed it had obtained data regarding large donations received by none other than the Clinton Foundation, which was put to use supporting Hillary Clinton’s 2016 presidential campaign.

With that said, is it really hard to believe Pelosi and her minions have yet another agenda up their sleeve? After all, former Chicago Mayor Rahm Emanuel recently repeated his infamous “rallying cry” from the 2008 recession: Never let a crisis go to waste.

It is well known that many of our nation’s top politicians either entered their positions with an abundance of wealth, or gained it through lobbying and other activities after assuming office.

These ‘other activities’ could unfortunately include forms of corruption, such as the example we gave earlier with Mexican drug cartels.

Even amidst the COVID-19 pandemic, China continues its mission of overtaking the United States in GDP (Gross Domestic Product) earnings and becoming number one in economic superiority:

China is on the cusp of keeping a big promise — a vow to double its GDP and income in a decade and take the country to the forefront of the global economic power structure.

…China has climbed to No. 2 in the world, with a GDP of $13.1 trillion that, while still trailing the U.S., keeps getting closer. Forecasters expect that growth just north of 6% in 2020 will get to the stated goal of doubling the economy from 2011-20.

Now seems like the perfect opportunity for China to finally surpass us in fiscal gains since our economy is in shambles.

Who better than Nancy Pelosi and other corrupt American politicians to help propel the Chinese forward? They have shown time and again they care nothing for not only their own constituents, but fellow countrymen.