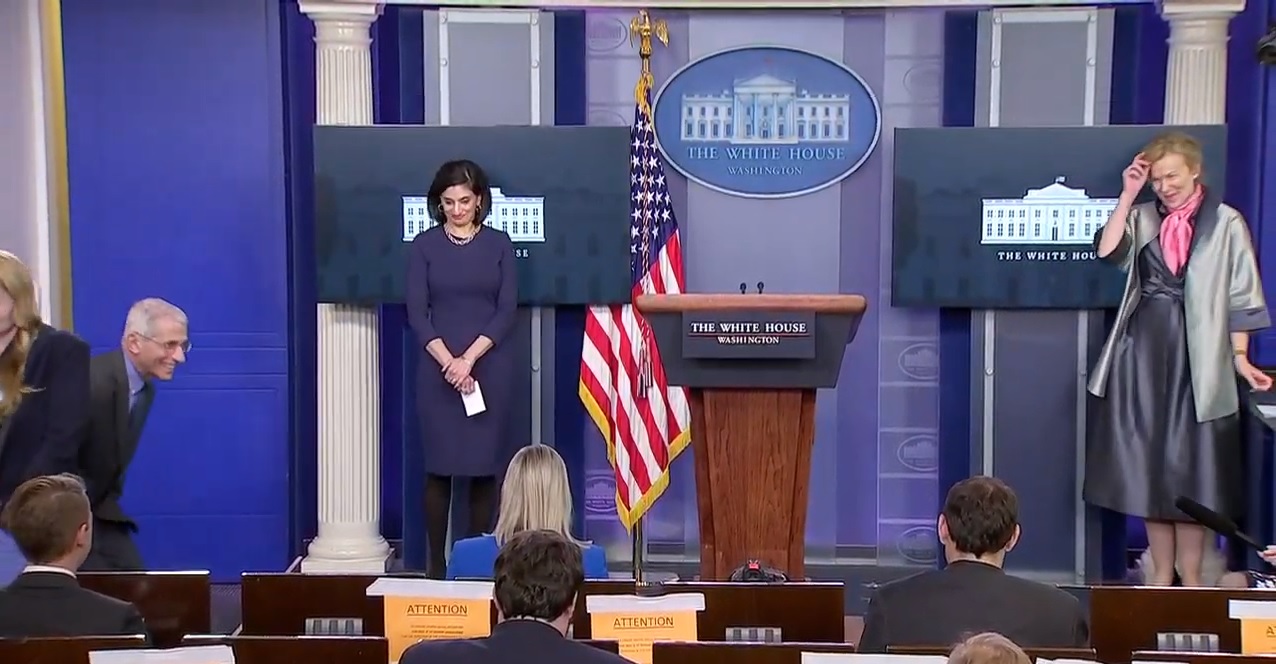 For the past few weeks, housebound Americans have gotten used to watching the lengthy White House daily press briefings given by President Donald Trump, Vice President Mike Pence and their advisers regarding the COVID-19 pandemic that is devastating not only the United States, but the entire world.

During this unprecedented crisis, it seems like Trump and Pence are heavily relying on the advice of both Dr. Anthony Fauci, a physician and immunologist who has served for decades as the director of the National Institute of Allergy and Infectious Diseases, and Dr. Deborah Birx, a physician and diplomat who specializes in diseases such as HIV/AIDS, vaccine research and global health.

Considering these doctors have an immense amount of experience when it comes to dealing with and mitigating widespread epidemics and pandemics, leaning on their medical expertise during the coronavirus-related crisis we’re all experiencing seems only natural.

While their intentions appear altruistic, is the advice they are giving the president really in the best interest of the U.S. as a whole (i.e. the big picture)? After all, our entire economy has been crippled by the nationwide shutdown of both large and small businesses alike because they were deemed “non-essential.”

If it isn’t obvious yet, most of the mainstream media hacks absolutely despise Trump and haven’t been shy about it one bit; they wear their bias on their sleeves as if it’s a badge of honor.

During the Q&A sessions that normally occur towards the end of these COVID-19 briefings, members of the press pool are often seen chomping at the bit to fan the proverbial flames of negativity by acting hostile and asking “gotcha” questions, no doubt hoping to make the president look bad. More often than not, this tactic falls flat or has the opposite effect as Trump is known to fire back when attacked.

Today, Fauci, Birx and others who regularly enter the White House press room ahead of the president and vice president were seen smiling, laughing, joking and mingling with not only each other, but the mainstream media reporters who now sparsely occupy their glorified peanut gallery.

Keep in mind: this comes at a time when nearly 400K+ Americans are infected with COVID-19, over 4,000 have died from the virus and millions are left unemployed and stuck at home, worrying about their future and whether or not things will ever return to normal.

Below is a short clip that shows a brief interaction where Birx can be seen smiling while looking animated and giving two thumbs up to someone in the press pool. Also, pay close attention to Fauci’s reaction when Trump and Pence enter the room; his facial expression quickly changes as he appears to roll his eyes and frown and/or smirk:

Since we are emotional creatures by nature, body language can tell us a lot. What is it telling us now, at one of the most crucial moments in our modern history?

Considering the current health and economic predicaments we face, perhaps the most important question is: Can we truly trust these higher-up advisers to give the two most powerful people in the world – President Trump and Vice President Pence – sound guidance during this unparalleled time of national hardship?

ALSO SEE: The Coronavirus Encounters of an Average American Nobody