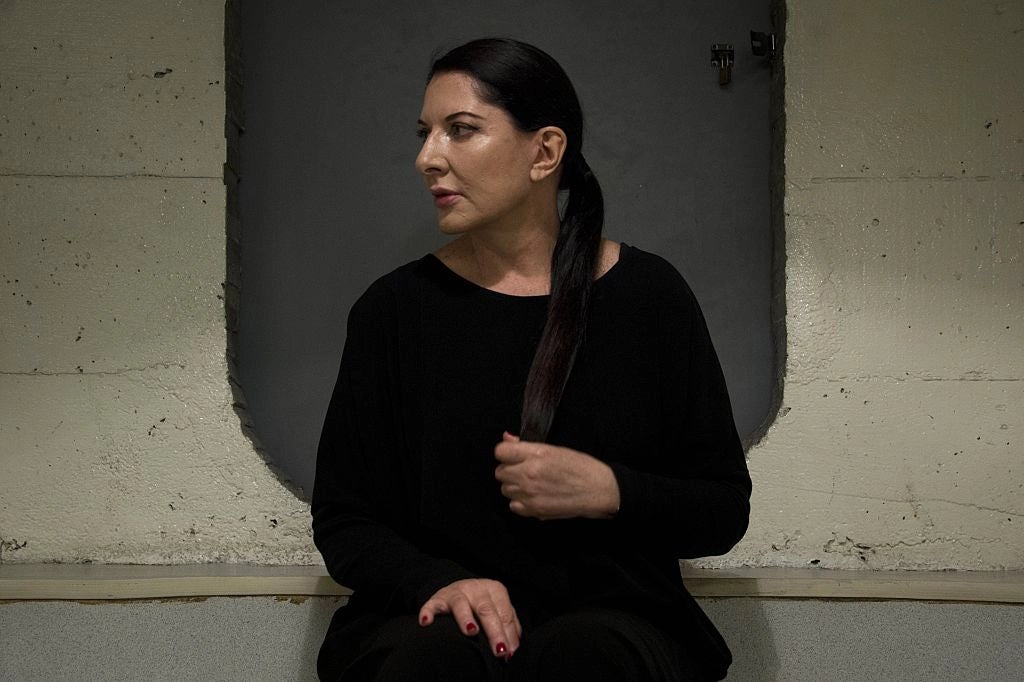 Touted by Microsoft as “the world’s most acclaimed performance artist,” Marina Abramovic was recently seen starring in a new Windows Mixed Reality ad on YouTube promoting her latest piece, ‘The Life’ (Editor’s Note: The original video was set to private by Microsoft after receiving some extreme criticism; below is a backup that was uploaded by YT account Dennis Anderson):

An unnamed author began by showering Abramovic with praise:

Marina Abramović is likely the most acclaimed performance artist living today. Known for risky performances that push the limits of human endurance, it’s difficult to overstate her importance within the art world and pop culture at large.

The promotional piece then went on to describe some of the artist’s background:

From the 1970s through to the present, she has created dozens of incredibly impactful works that explore themes of courage, ego, endurance, and spirituality. In 2010, her iconic work The Artist Is Present, was the biggest exhibition at New York City’s MoMA ever. In the piece, she sat still for eight hours, every day, for nearly three months, sustaining eye contact with whomever sat across from her.

Finally, the article explained what ‘The Life’ is all about and how those who participated became “mesmerized” by her “mindful movements” and “virtual image”:

Marina’s most recent piece, The Life, further solidifies her unconventional and innovative approach to performance art—it’s her first artwork to harness mixed reality. Brought to life with the HoloLens 2, the 19-minute performance follows Abramović, whose phantom-like virtual image appears in a vibrant red dress as she explores the space and its borders. Viewers become mesmerized by her mindful movements, her virtual image dissolving as she interacts with the installation’s borders.

For the first time, viewers are able to experience performance art without boundaries—and without the artist technically being “present.” As soon as they don the HoloLens 2 headset, Abramović’s fully realized form takes shape before their eyes.

Microsoft disabled the video’s comments – possibly because they knew some viewers might have revealed Abramovic’s suspicious connections to both Hollywood and political elites.

UPDATE #1: A recent photo shows Marina Abramovic posing with Jacob Rothschild, who is also a lover of the “arts.” The painting behind them just happens to be “Satan summoning his Legions” (1797), by Sir Thomas Lawrence (Source):

UPDATE #2: The YouTube video ‘Marina Abramović presents “The Life” in mixed reality’ was archived twice before it was taken down.

The following screenshot shows the insane ratio of likes vs dislikes it received as of April 13, 2020 at 6:24am UTC –

UPDATE #3: Here is another screenshot showing more than 25,000 dislikes –

A Microsoft representative declined to comment about the removal of the video. After being pressed for more information, the representative did not deny that it had been deleted, saying simply: “Microsoft doesn’t have anything additional to share here. Thanks!”

Published in Entertainment, Technology and Weird