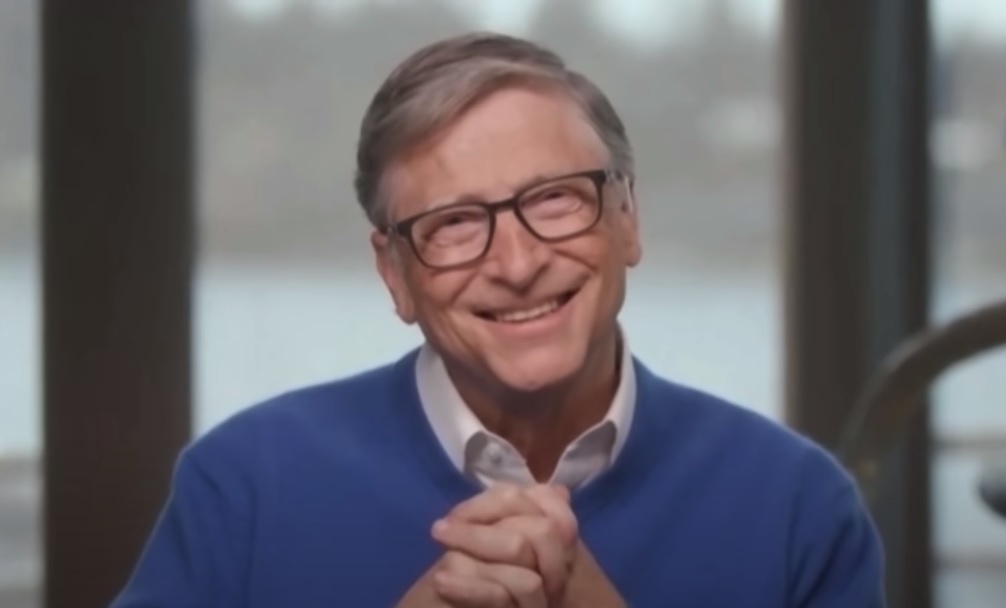 Bill Gates: Until We Get Almost Everybody Vaccinated Globally, We Won’t Be Fully Back To Normal

On Monday, Microsoft founder Bill Gates appeared on The Ellen Show to hold an “informative conversation” with Ellen DeGeneres about his foundation’s “efforts to help find a vaccine and therapeutics for COVID-19.”

Less than a minute into the discussion, DeGeneres brought up the TED talk Gates gave in 2015 and the fact that he predicted a serious pandemic would likely sweep the world in the coming years. She then made a comment on how Gates was “very prepared” for such an event since he “knew this was going to happen.” The multi-billionaire appeared to smugly scoff at her remark (timestamp 0:46).

Next, DeGeneres mentioned how President Trump had essentially blamed the Obama administration for failing to stock up on essential medical supplies, such as personal protective equipment (PPE) and ventilators. This segued into another question where she asked Gates if anyone had listened to him regarding the dangers of a worldwide pandemic and, if they did, was his “advice” essentially disregarded (timestamp 2:02).

Here was his response (scroll down to watch the full video):

“Well, it’s hard to know how much to spend on something that you can’t really compute the probability in any particular year that it’s going to come. You know: fire, war, earthquakes. And so, government, they look and they see.

“We had epidemics, like the Ebola epidemic in Africa, that should have gotten us ready. Then we had Zika. But a respiratory pandemic that’s very widespread – really, we haven’t seen anything like this for 100 years. And I actually thought the anniversary of 1918 would galvanize people as well.

“So, a few things were done. Some countries, even without preparing in advance, have acted in a way that made sure that very few of their citizens die and they don’t have to shutdown their economy. Now, all the countries that have widespread infections like the United States, we need to learn from each other about how you not only flatten the numbers, but to get them down.

“And then, with luck, in early June, if the whole country does a better job of shutting down and we get privatization of the testing that’s going on, what policies should we have? Because until we get almost everybody vaccinated globally, we still won’t be fully back to normal (timestamp 3:28).

“We want to go and manufacture and do construction and go to school, but there will be things like big public events where the risk will outweigh the risk of a disease rebound.”