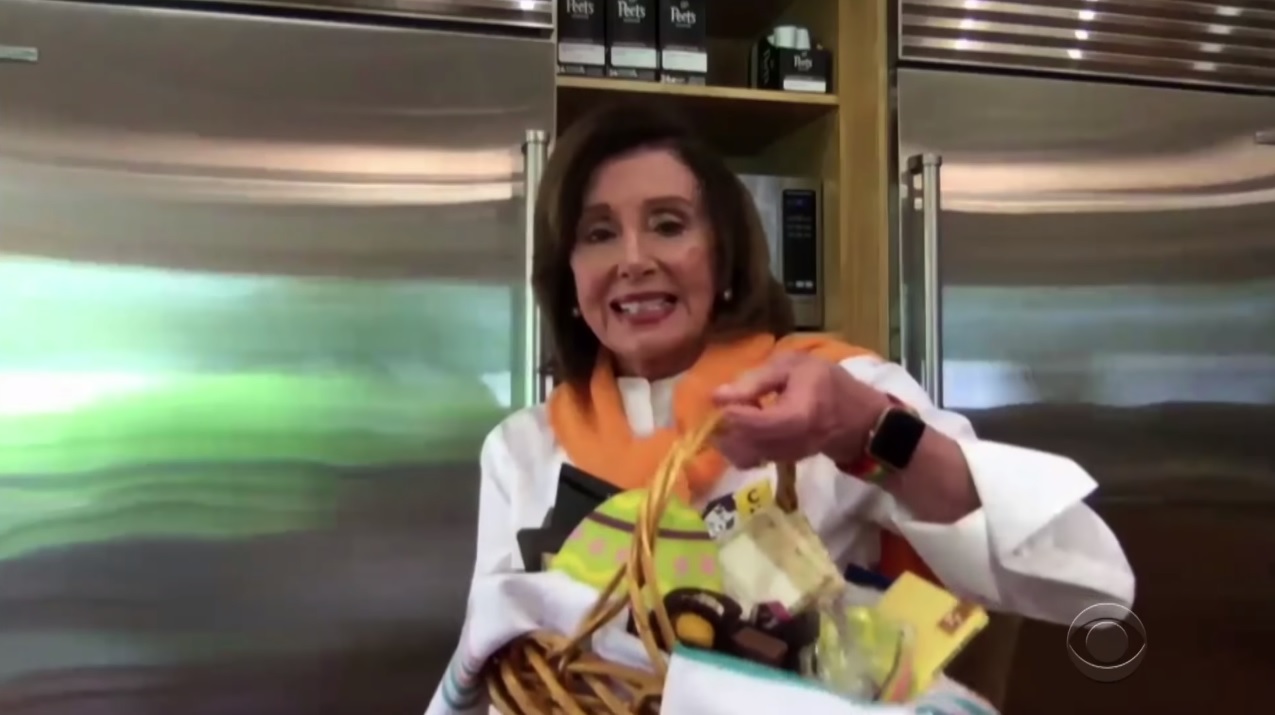 Republicans are mocking House Speaker Nancy Pelosi as “Nancy Antoinette” for appearing on a late-night TV show in front of her $20,000-plus refrigerator/freezer stocked with upscale ice cream while allowing an emergency fund for distressed small businesses to run out of money.

“The Paycheck Protection Program ran out of money this morning because Democrats, led by Nancy Pelosi, blocked the necessary $250 billion replenishment for the program that Congressional Republicans tried to deliver,” the Republican National Committee said in an email. “Now ‘Nancy Antoinette’ has to explain to America why she chose to show off her luxury refrigerators and $13-dollar a pint ice cream collection from her chateau in San Francisco instead of funding the Paycheck Protection Program which has saved millions of jobs all across the country.”

Mrs. Pelosi appeared on “The Late Late Show with James Corden” from her home in San Francisco on Tuesday night, speaking from her kitchen in front of her high-end Wolf sub-zero stainless steel refrigerator-freezers. During a lengthy interview, she spoke about the need for more coronavirus testing and about President Trump’s mishandling of the crisis.