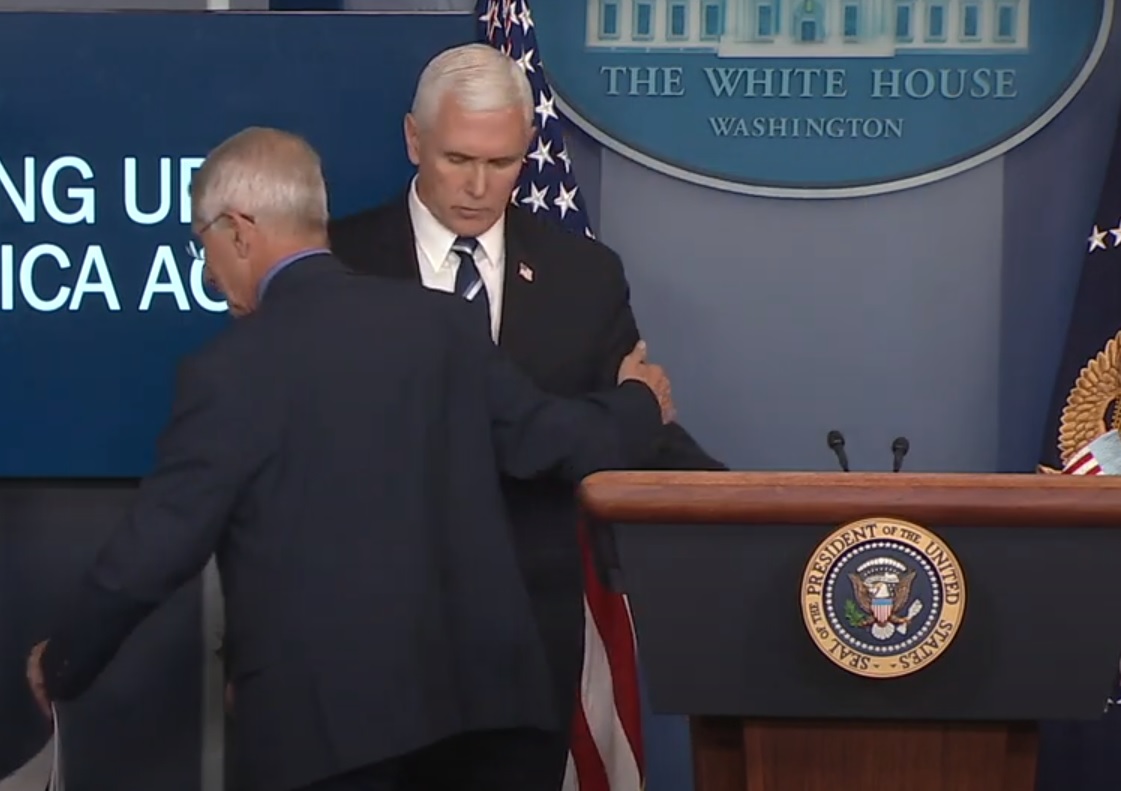 ”Expert” Dr. #Fouci rubs his hand on @VP & then wipes is runny nose w/ his sleeve from the same hand 🤦‍♀️

As Weaver stated, Fauci obviously isn’t following the important “social distancing” and hygiene protocols he and others have been constantly pitching to the American public.

Amadeus Wolf, another Twitter user, replied to her tweet by sharing a different video of the doctor “rubbing everyone down” as they exited the room:

Fauchi rubbing every one down. pic.twitter.com/f0rg4Vn8Dm