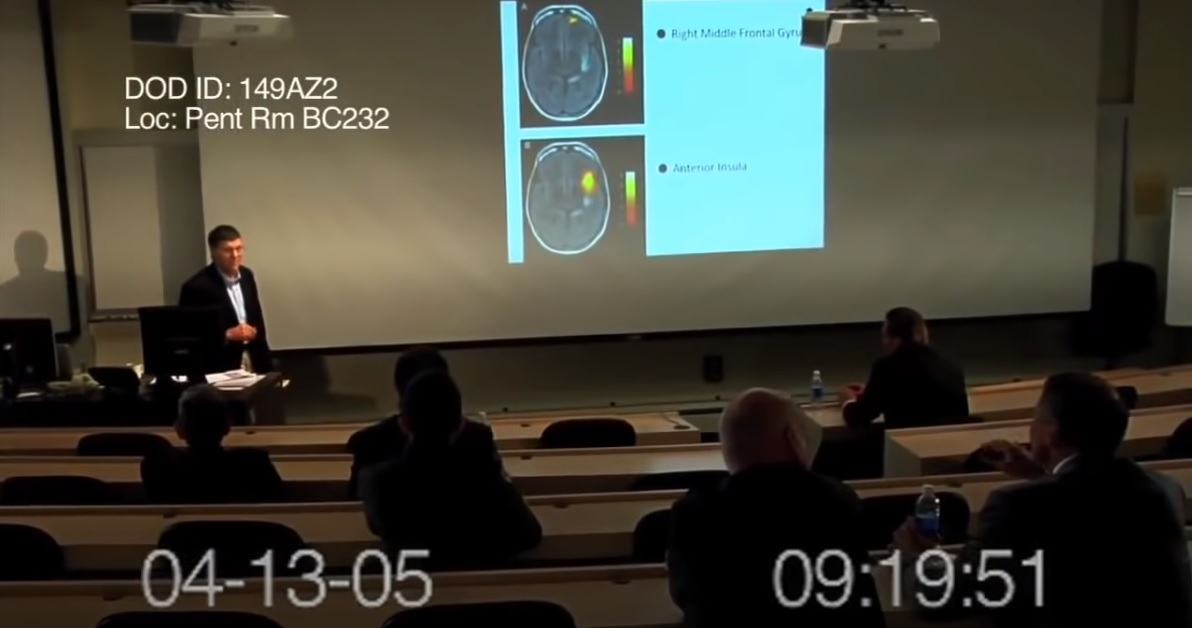 A YouTube video that was posted years ago is trending again amidst talk of various vaccines and treatments that are under development to battle the ongoing coronavirus pandemic that is infecting millions, killing hundreds of thousands and crippling economies worldwide.

“I’ve looked very closely at this clip & I see no evidence of editing (being familiar with the editing process myself). There are no breaks or cuts. The voice matches lip movements, gestures & content. Whilst it’s possible that the date/time/location stamp could be overlayed, that info is immaterial to the (dire) veracity of the content.”

In the 4-minute-long clip, a Pentagon speaker and small audience of about six individuals are seen present. The speaker flips through a series of slides while discussing some disturbing information as it allegedly relates to vaccines.

Speaker: “…Excuse me, on the left over here we have individuals who are religious fundamentalists, religious fanatics, and this is the expression, RT-PCR, real-time PCR, expression of the VMAT2 gene…”

Speaker: “So, let me complete. So, over here we have individuals who are not particularly fundamentalists – not particularly religious and you can see there’s a much reduced expression of this particular gene, the VMAT2 gene. Another evidence that supports the hypothesis for the development of this approach.”

Audience member: “So, what you’re suggesting here is by spreading this virus, we’re going to eliminate individuals from donning on a bomb vest and going into a market and blowing up the market.”

Speaker: “So, our hypothesis is that these are fanatical people. That they have over-expression of the VMAT2 gene and that by vaccinating them against this will eliminate this behavior.”