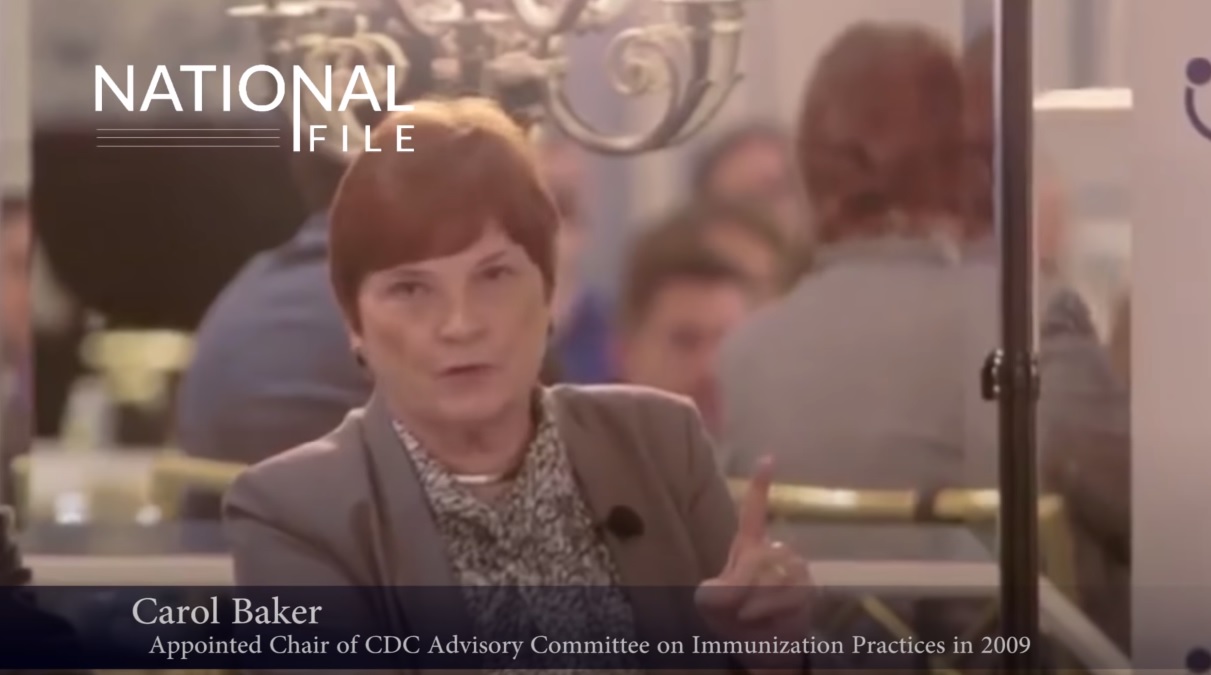 CDC Doctor: “We’ll Just Get Rid Of All The Whites In The United States”

Last week, a video surfaced from news site National File showing Carol Baker, a doctor who was appointed as Chair of the National CDC Advisory Committee on Immunization Practices in 2009 during the Obama administration, lashing out at white Americans and suggesting that immigrants want to get “vaccinated the most.”

Baker made these statements while participating in a National Meningitis Association expert panel discussion in New York City on May 9, 2016.

Carol Baker: “The battle is being fought. One family, one physician, one health center; that’s why we’re doing as well as we are. We’re talking about the minority and strategies against the minority.

“So, I have the solution. Every study published in the last five years, when you look at vaccine refusers. I’m not talking about – well, hesitance, most of we can talk into coming to terms. But, refusers. We’ll just get rid of all the whites in the United States because this is the most diverse city in the entire United States.

“There’s seven Asian languages spoken in that city. I’ve been a minority for more than 20 years in the city of Houston and the majority is, we call Hispanic. That is not a race or an ethnicity – that is a political designation. A lot of them are from Central, South America, Mexico.

“Guess who wants to get vaccinated the most? Immigrants.”

Panel Member: “That’s what made Donald Trump’s comment about bringing diseases so funny. They’re at risk when they come here. There’s better vaccination rates in Mexico.”

Carol Baker: “It is the well educated, in terms of pieces of paper that they put on their wall, um, people that have been here a long time and it’s very unfortunate. And I think we need not lose the big picture.”