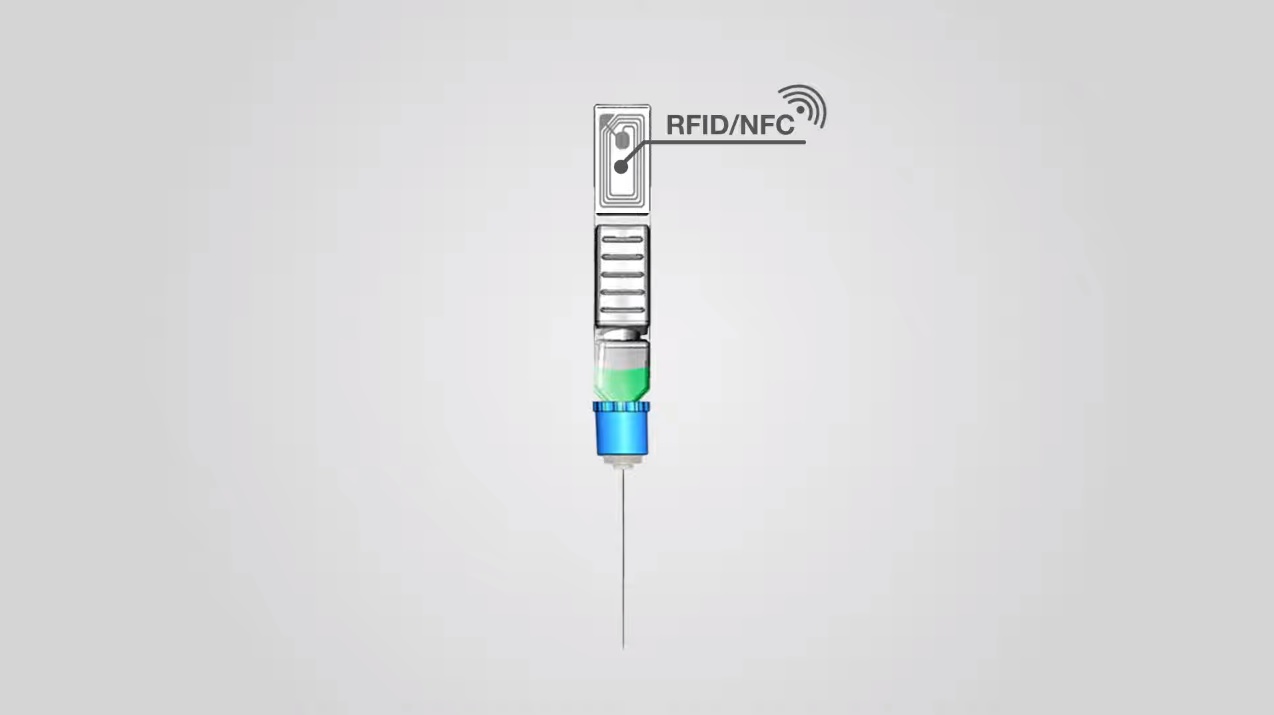 A brand new ultra-low-cost “soft” syringe is being developed by medical technology company ApiJect with the intention of quickly distributing the coronavirus vaccine to every American while, at the same time, tracking who received it and where through a RFID microchip that is implanted on the syringe itself.

Watch the following (unlisted) introductory video from YouTube account ‘ApiJect Media‘ which briefly describes the process in which this new syringe will be produced via a program called Rapid Aseptic Packaging of Injectable Drugs (RAPID):

“Today the Department of Defense and the U.S. Department of Health and Human Services, announce a $138 million contract with ApiJect Systems America for “Project Jumpstart” and “RAPID USA,” which together will dramatically expand U.S. production capability for domestically manufactured, medical-grade injection devices starting by October 2020.

Spearheaded by the DOD’s Joint Acquisition Task Force (JATF), in coordination with the HHS Office of the Assistant Secretary for Preparedness and Response, the contract will support “Jumpstart” to create a U.S.-based, high-speed supply chain for prefilled syringes beginning later this year by using well-established Blow-Fill-Seal (BFS) aseptic plastics manufacturing technology, suitable for combatting COVID-19 when a safe and proven vaccine becomes available.

By immediately upgrading a sufficient number of existing domestic BFS facilities with installations of filling-line and technical improvements, “Jumpstart” will enable the manufacture of more than 100 million prefilled syringes for distribution across the United States by year-end 2020.

The contract also enables ApiJect Systems America to accelerate the launch of RAPID USA manufactured in new and permanent U.S.-based BFS facilities with the ultimate production goal of over 500 million prefilled syringes (doses) in 2021. This effort will be executed initially in Connecticut, South Carolina and Illinois, with potential expansion to other U.S.-based locations. RAPID will provide increased lifesaving capability against future national health emergencies that require population-scale vaccine administration on an urgent basis.

RAPID’s permanent fill-finish production capability will help significantly decrease the United States’ dependence on offshore supply chains and its reliance on older technologies with much longer production lead times. These supplies can be used if a successful SARS-COV-2 vaccine is oral or intranasal rather than injectable.”

A 35-page-long PDF file called ‘The First BFS Enabled “Soft” Syringe’ reveals additional information about the effort, including involvement from the Bill and Melinda Gates Foundation: 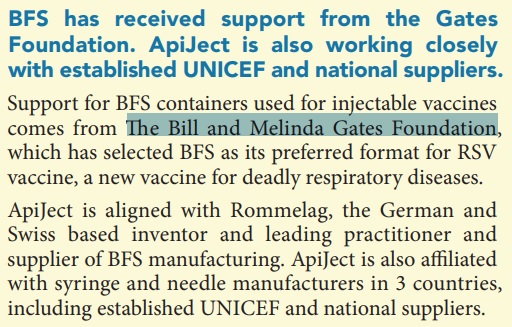 BFS has received support from the Gates Foundation. ApiJect is also working closely with established UNICEF and national suppliers.

Support for BFS containers used for injectable vaccines comes from The Bill and Melinda Gates Foundation, which has selected BFS as its preferred format for RSV vaccine, a new vaccine for deadly respiratory diseases. ApiJect is aligned with Rommelag, the German and Swiss based inventor and leading practitioner and supplier of BFS manufacturing. ApiJect is also affiliated with syringe and needle manufacturers in 3 countries, including established UNICEF and national suppliers. 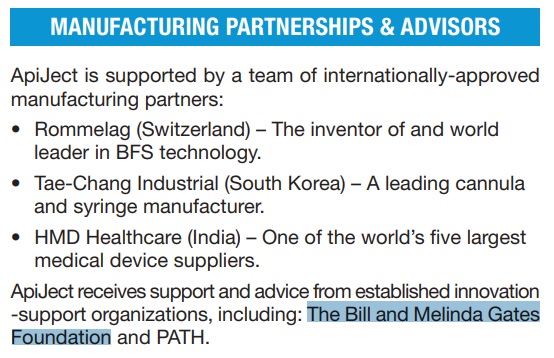 ApiJect is supported by a team of internationally-approved manufacturing partners:

ApiJect receives support and advice from established innovation -support organizations, including: The Bill and Melinda Gates Foundation and PATH.