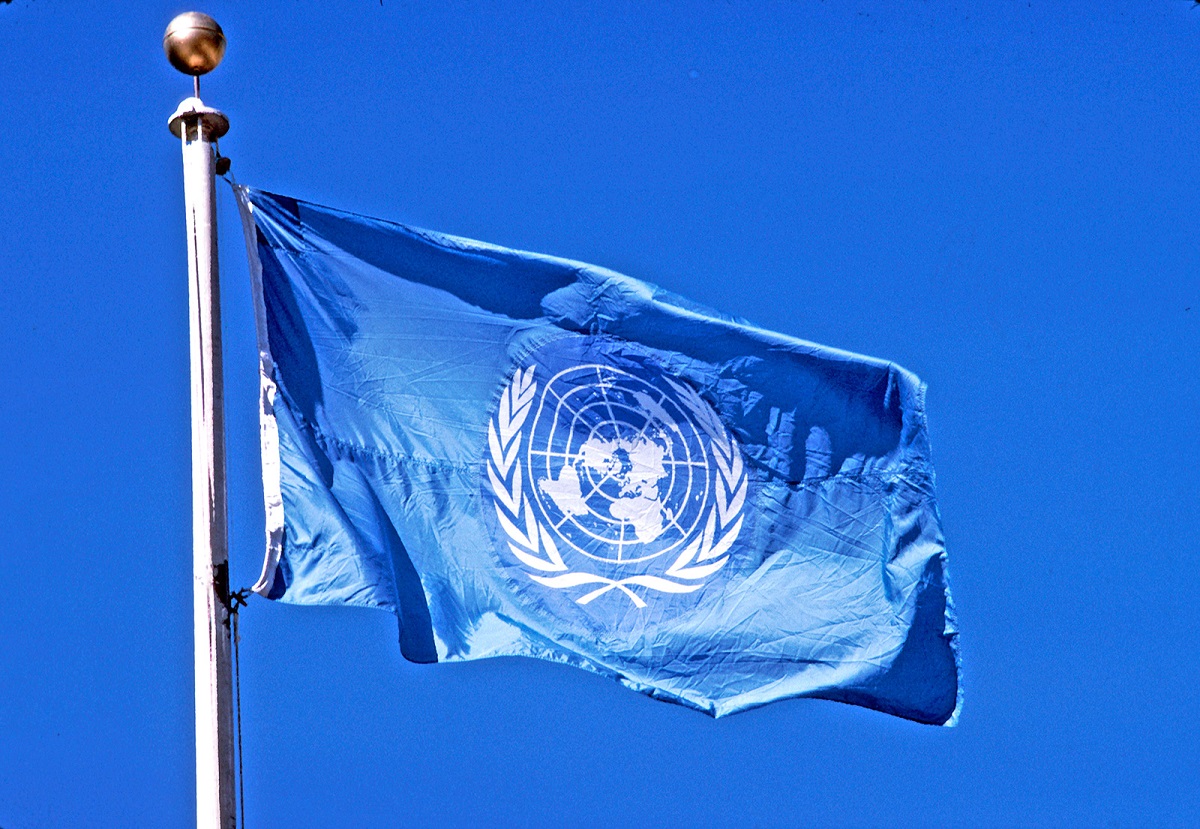 SHOCKING: United Nations Project Led By Nelson Mandela’s Grandson Aims To Usher In ‘A New World Order For Humankind’ By 2030

An alleged United Nations-related project seems to be underway and is hoping to achieve a “new world order” by the end of this decade:

The United Nations New World Order Project is a global, high-level initiative founded in 2008 to advance a new economic paradigm, a new political order, and more broadly, a new world order for humankind, which achieves the UN’s Global Goals for Sustainable Development by 2030, and the happiness, well-being, and freedom of all life on Earth by 2050.

The project’s official website, unnwo.org, appears to feature only one page (its homepage), but contains a good amount of information related to some of their goals and initiatives:

Happytalism is a new economic paradigm which places happiness, well-being, and freedom at the center of human development models, systems, and all life.

The United Nations International Day of Happiness (UNIDOHappiness) recognizes happiness as a fundamental human right and goal, and is celebrated every March 20, forever.

Advancing a new economic paradigm of happytalism for humanity means mobilizing $30 trillion toward achieving the 17 UN Global Goals, 169 targets by 2030. Join us. 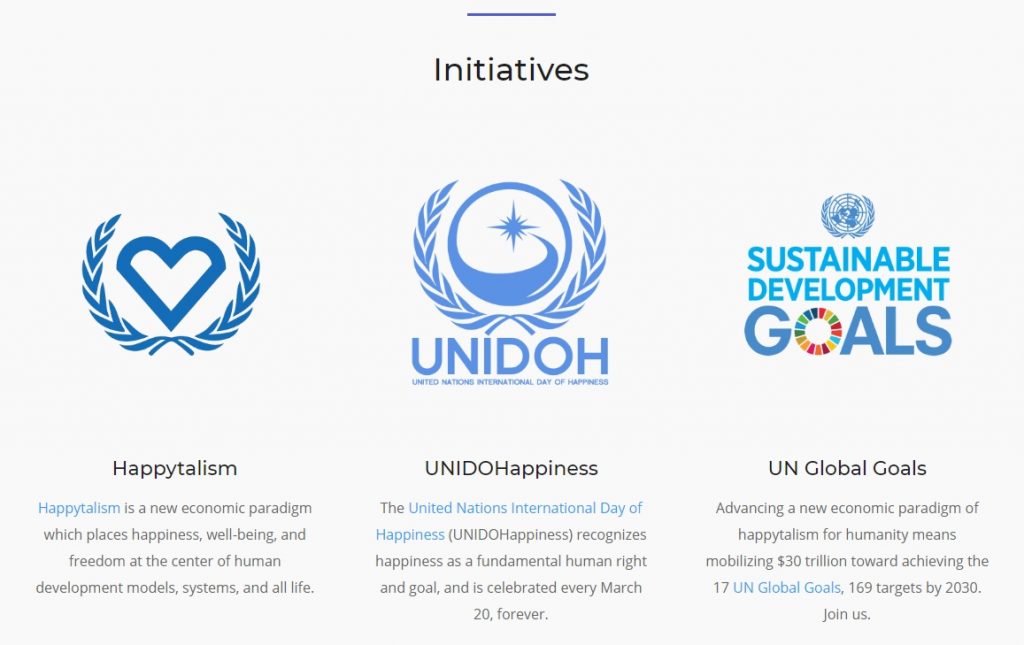 Scrolling further down on the United Nations New World Order homepage, you can find a quote from former French President Nicolas Sarkozy:

“A great revolution is waiting for us. The crisis doesn’t only make us free to imagine other models, another future, another world. It obliges us to do so.”

The project claims every March 20th since 2012, all “7.8 billion fellow members of the global human family” come together and celebrate “Happytalism,” an ideology that promotes happiness as a fundamental human right and goal. The hashtag #TenBillionHappy can also be seen in this section of the site: 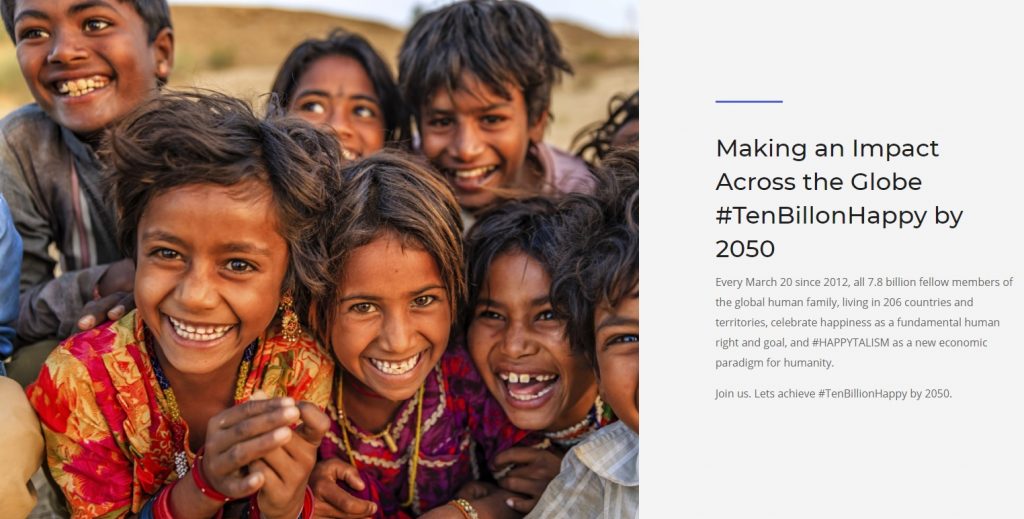 What’s interesting is the project’s leaders’ names were mysteriously removed from the ‘About’ section of the website.

An archive from May 9, 2020 reveals Jayme Illien (an alleged Iraq Adviser for the UN) and Ndaba Mandela are supposedly in charge of the effort: 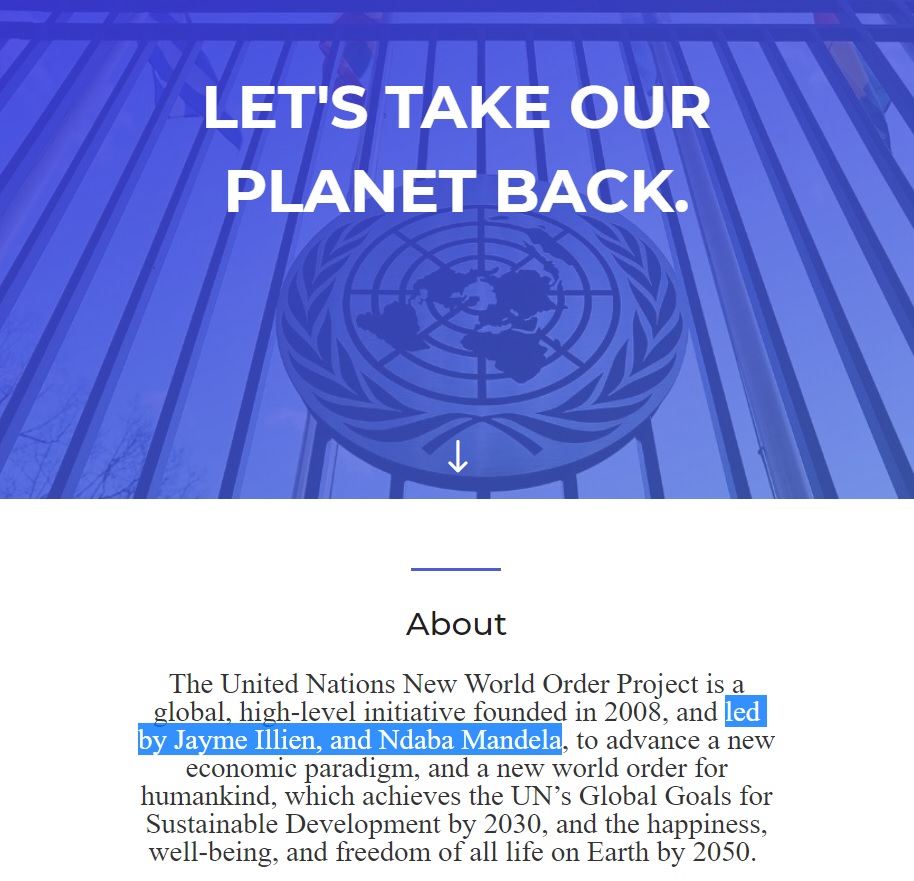 Ndaba Mandela is the grandson of Nelson Mandela, the first president of South Africa:

According to a public whois query, the website is hosted by GoDaddy and was created on October 13, 2018. It is up for renewal later this year: 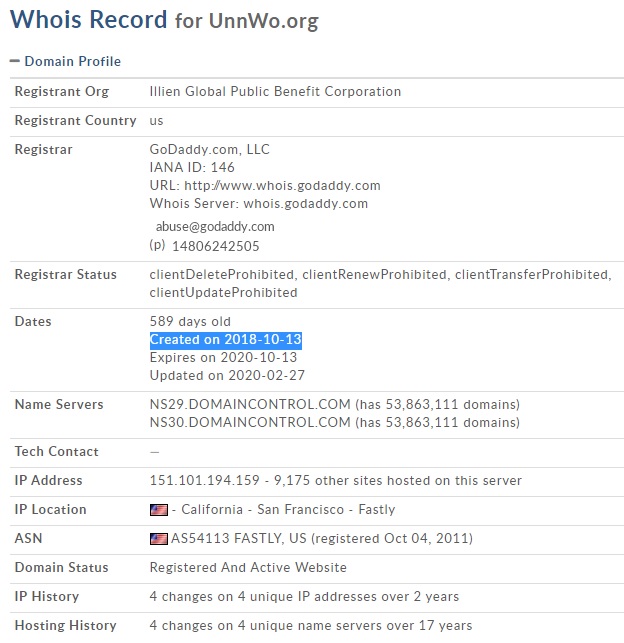 UPDATE #2: Apparently Jayme Illien has quite the work history (source) – 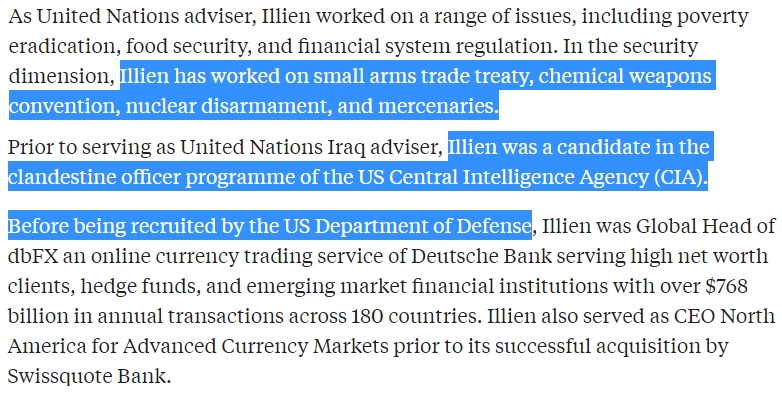