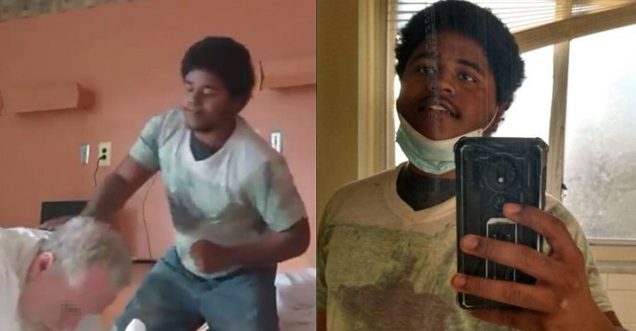 20-Year-Old Beating Suspect Was Moved To Nursing Home Because He Has COVID-19, Says Father

Relatives of the 75-year-old man who was brutally beaten inside the Westwood Nursing Center began to suspect something was wrong because they couldn’t get in touch with him and they said neither could staffers at the Veterans Hospital.

What they now know is that, for some reason, the Army veteran was taken from his apartment in Detroit to the Westwood Nursing Center on Schaefer on the city’s west side.

And that is where the senior citizen was assaulted by another patient, a 20-year-old man, who was arrested Thursday after video of the beating went viral…

The suspect’s father, who asked not to be named, said his son has mental health issues and a pending assault case in Washtenaw County and should never have been placed in the nursing home.

“He has issues and for them to put him in a facility like that, nothing good was going to happen,” the suspect’s father told 7 Action News.

He said his son was recently moved to the nursing center because the 20-year-old was diagnosed with COVID-19 at the University of Michigan Hospital.

The father said he’s been working with Washtenaw County Mental Health Services to get his son the help he needs and that he was placed in a group home in Chelsea. But, recently, he said his son began hearing voices and that’s when he was taken to the hospital and it was there he says that his son was diagnosed with COVID-19.

“He never should have been housed… quarantined with the victim that he eventually assaulted. That should have never happened,” he said. “Someone dropped the ball.”