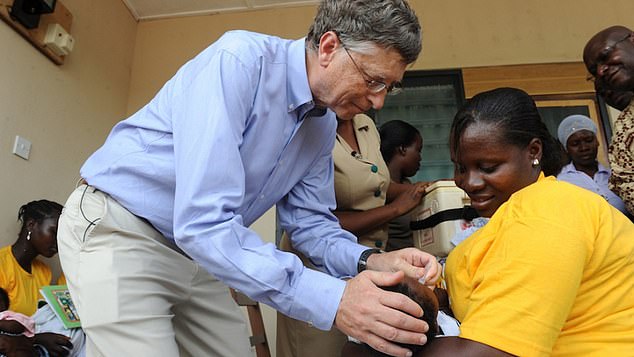 Do Elites, Such As Bill Gates, Vaccinate Their Own Children?

In a now-deleted 2018 article published by website Your News Wire, a former doctor of Microsoft cofounder Bill Gates claimed the billionaire chose not to vaccinate his children when they were young:

“I don’t know if he had them vaccinated as adults, but I can tell you he point blank refused to vaccinate them as children,” the physician said at a behind closed doors medical symposium in Seattle, adding “They were gorgeous kids, really smart and vivacious, and he said they would be OK as it was, they didn’t need any shots.”

The article itself was shared and aggregated countless times. It was also “fact-checked” by the usual culprits.

After all, these so-called “fact-checkers” like to determine certain stories (which don’t fit their political or ideological agenda) are “false,” and oftentimes lean heavily on assertions from the “targeted” individuals or groups, such as Bill Gates or his wife in this case, to determine their “verdicts.”

Here’s a prime example where CheckYourFact relied on a brief eight-word-long 2019 Facebook statement made by none other than Melinda Gates to make their “false verdict”:

“All three of my children are fully vaccinated.”

Apparently that short, simple sentence is enough to satisfy the halfwits in the fact-checking industry. No need for documents or evidence of any kind; just words written on a social media platform.

That’s good enough for them. Why? Because people are incapable of lying, right? Especially people who have a dog in the “lets-get-everyone-on-the-planet-vaccinated” fight.

After claiming all three of her children are “fully vaccinated,” Gates immediately went on to boast about how well vaccines work while linking to a CBS News propaganda article titled ‘Measles anywhere is a threat to kids everywhere.’

Interestingly enough, Melinda Gates’ FB post was made right around the same time (April 18, 2019) NBC News was caught faking a photo of a baby infected with measles: 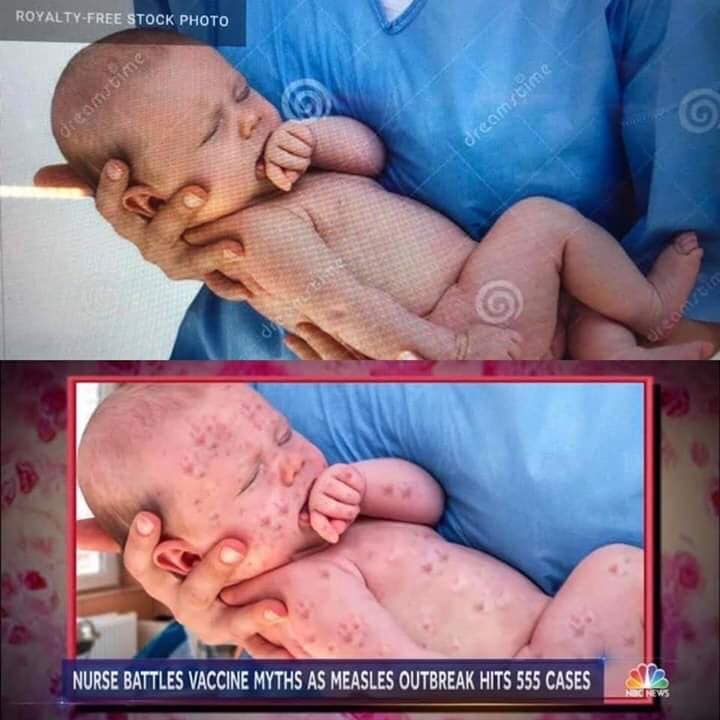 We covered that particular story in depth here.

Regardless of whether or not the claim about Gates is true, it begs the question: Do these elites, who so vehemently want the world’s population vaccinated, actually get inoculated themselves?

The absolute worst medical decision a parent of a newborn child can make is to allow doctors and nurses to severely compromise the immune system of their infant by injecting him or her with known neurotoxins, foreign proteins, and carcinogens like mercury, formaldehyde, monkey kidney cells, pig viruses, and genetically modified cells from human abortions. That’s why billionaire Bill Gates, the infamous and insidious population control freak and Microsoft mogul, refused to vaccinate his own children when they were growing up, even while he promotes toxic jabs all over the world, especially in third world countries…

Born between 1996 and 2002, the Gates children never got mercury and formaldehyde shot into their muscle tissue as a form of “immunity,” even though their father is the most dogmatic campaigner and shill for the vaccine industry. Wait, you thought he just made his fortune off computer software? Think again. There’s huge profit in chemical medicine and population control schemes, and insidious Bill rides that cash cow every day.

According to TruthWiki, “Gates is widely criticized for being anti-competitive and for being a pro-vaccine zealot. He engages in many ‘philanthropic endeavors,’ such as donating large amounts of money to various scientific research programs through the Bill & Melinda Gates Foundation. Gates has even gone so far as to fund technologies that are designed for mass sterilization in order to address what he refers to as the world’s population problem.”

Herd theory has always been a big hoax, and the world’s elite know it. Most vaccinated children are the actual risk to each other, because they often shed the viruses they were just injected with during the first few weeks after their toxic jabs. According to one study, the richest families in California (that are often white) do NOT vaccinate their children.

In fact, more than 16,000 kindergarten-aged children in California do not get any vaccines because their white, elitist parents opt them out using religious, personal belief, and doctor-authored exemptions. Get it? The elite know there’s something inherently wrong with immunizations, but they just don’t talk about it, and the MSM news certainly never covers it.

Published in Opinion, U.S. and World