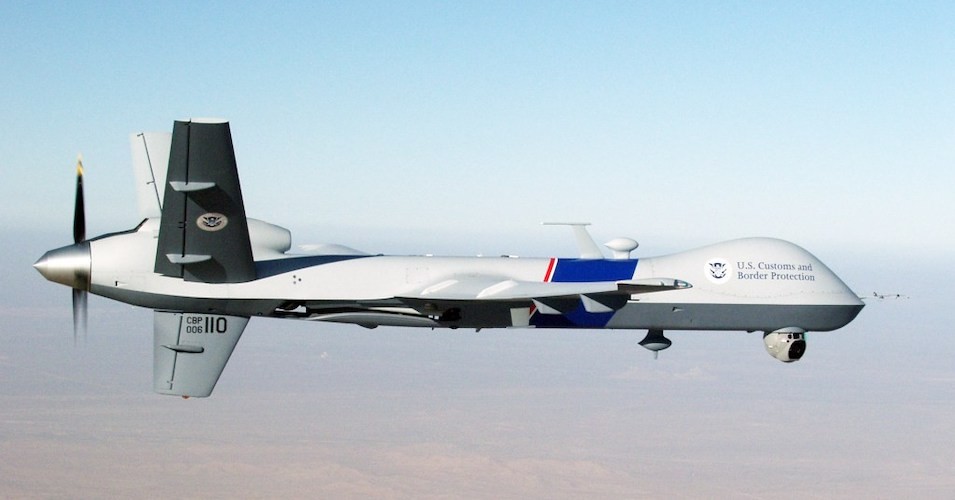 A Predator drone operated by U.S. Customs and Border Protection was reportedly spotted on radar flying over Minneapolis on Friday morning as protests roiled the city below following the death of George Floyd at the hands of local police officers.

The sighting of the General Atomics MQ-9 Reaper drone, the type which has been previously used by the U.S. military in Afghanistan and Iraq in surveillance and combat missions against insurgents, was first reported by Project on Government Oversight reporter Jason Paladino. It was spotted on radar after leaving North Dakota’s Grand Forks Air Force Base.

The drone headed to Minneapolis and circled over the city at 20,000 feet, Paladino said. As of 10:15 a.m. PT on Friday, the drone had peeled away from the city to the north, Paladino and radar tracking apps reported.

A drone using the same call sign — CBP-104 — has been reported in flight logs from Customs and Border Protection, according to Vice’s Motherboard.

In a statement to Digital Trends, a Customs and Border Protection spokesperson said the “unmanned aircraft system was preparing to provide live video to aid in situational awareness at the request of our federal law enforcement partners in Minneapolis.”

“The unmanned aircraft system provides live video feed to ground law enforcement, giving them situational awareness, maximizing public safety, while minimizing the threat to personnel and assets,” said the spokesperson in an email. “After arriving into the Minneapolis airspace, the requesting agency determined that the aircraft was no longer needed for operational awareness and departed back to Grand Forks.”