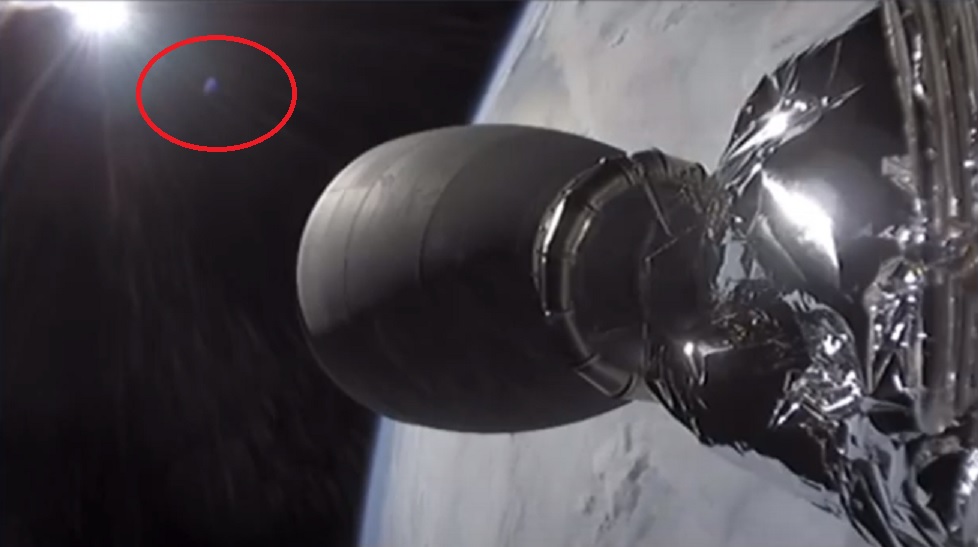 On Saturday, a new era in the American space program began as two veteran astronauts readied for liftoff aboard a SpaceX Crew Dragon en route to the International Space Station, reported CBS News.

During the launch, and shortly after the booster rocket had detached from the craft, viewers on YouTube and other platforms spotted some odd, unidentified flying objects near the Dragon.

The below image shows a disc-shaped object reportedly trailing the SpaceX craft, shortly after the “deploy” phase of the mission: 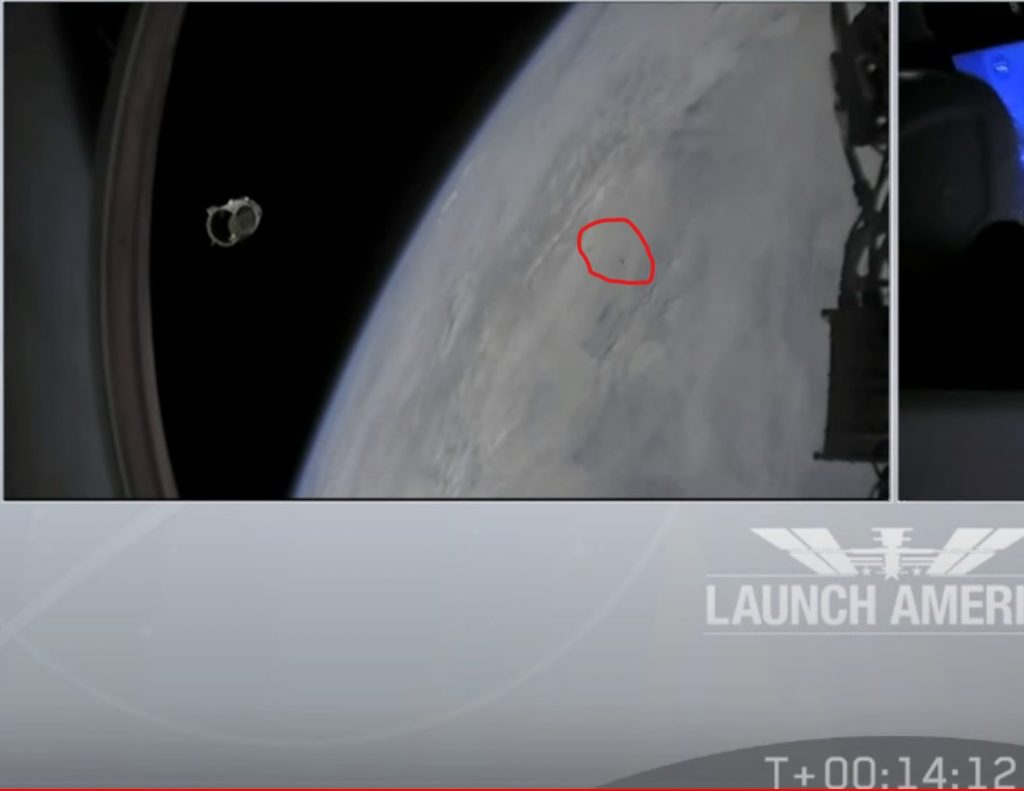 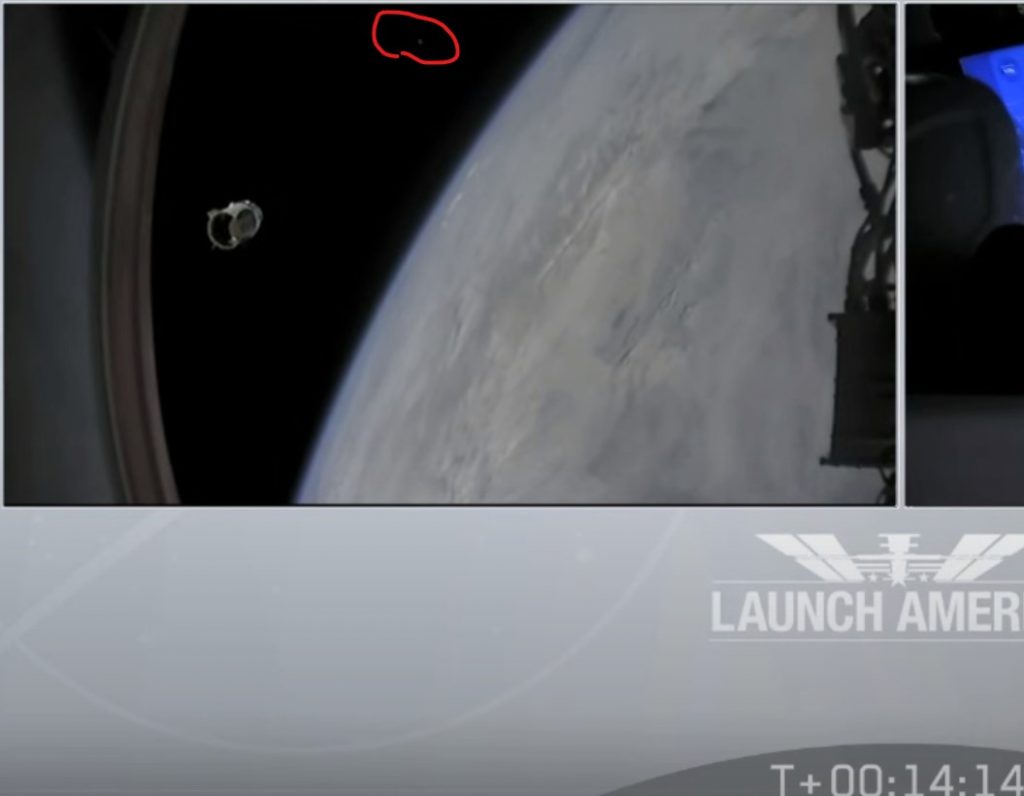 Finally, a blueish-grey object is seen in the distance at about the same altitude as the Dragon spacecraft:

What do you think? Are these actual UFOs or just digital artifacts/space debris? Let us know by leaving a comment.

Published in U.S., Weird and World