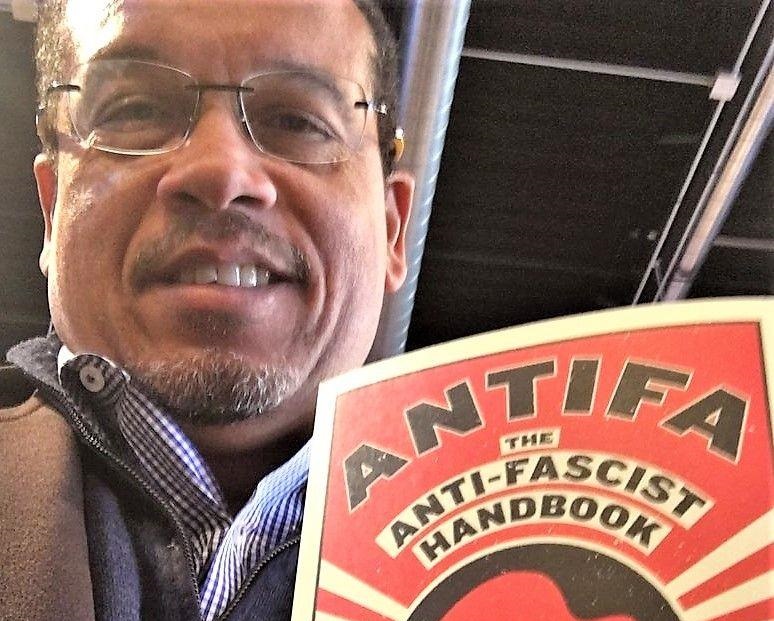 Former Democratic Representative Keith Ellison, who now serves as Minnesota’s attorney general, posted a now-deleted tweet on January 3, 2018 that included a picture of him holding up the official ANTIFA ‘Anti-fascist Handbook’ with the following message: 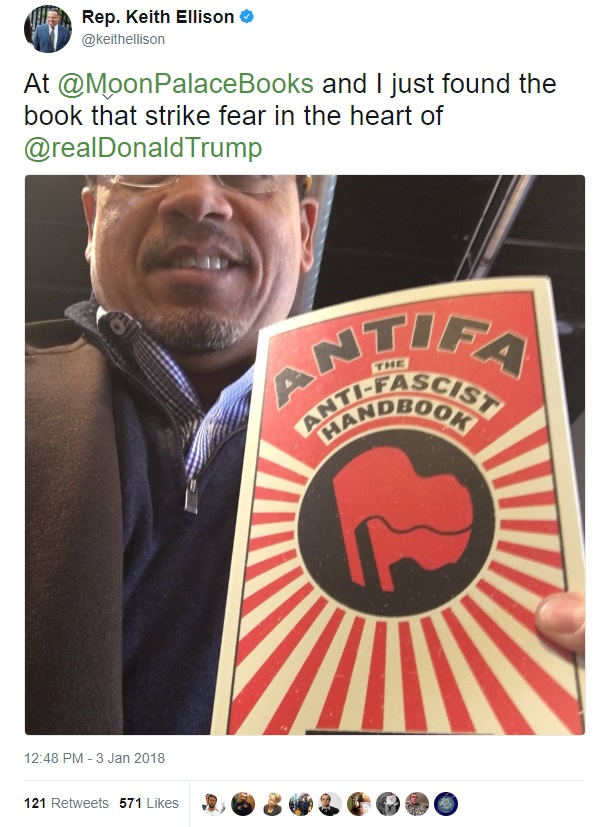 Even though the tweet has since been removed, the Internet never forgets. Click here to see an archive of it.

Is it possible Ellison has direct ties to ANTIFA? From his prior tweet, it seems like he is familiar with the content contained within their handbook.

Also, why did both the governor of Minnesota and mayor of Minneapolis order their police and national guard forces to stand down and let rioters essentially take over the city? Did they want the chaos and anarchy to ensue? If so, do they have any connections to ANTIFA?

What about other prominent democrats, such as the mayor of Washington, D.C., who ordered her police to not assist the Secret Service when rioters were at the White House gates?

….got too frisky or out of line, they would quickly come down on them, hard – didn’t know what hit them. The front line was replaced with fresh agents, like magic. Big crowd, professionally organized, but nobody came close to breaching the fence. If they had they would….

….good practice.” As you saw last night, they were very cool & very professional. Never let it get out of hand. Thank you! On the bad side, the D.C. Mayor, @MurielBowser, who is always looking for money & help, wouldn’t let the D.C. Police get involved. “Not their job.” Nice!

These are important questions that deserve to be looked into and ultimately answered.

UPDATE #2: Honestly, what is going on in Minnesota? Here is a story from Nationalist Review –

And another from The Gateway Pundit –