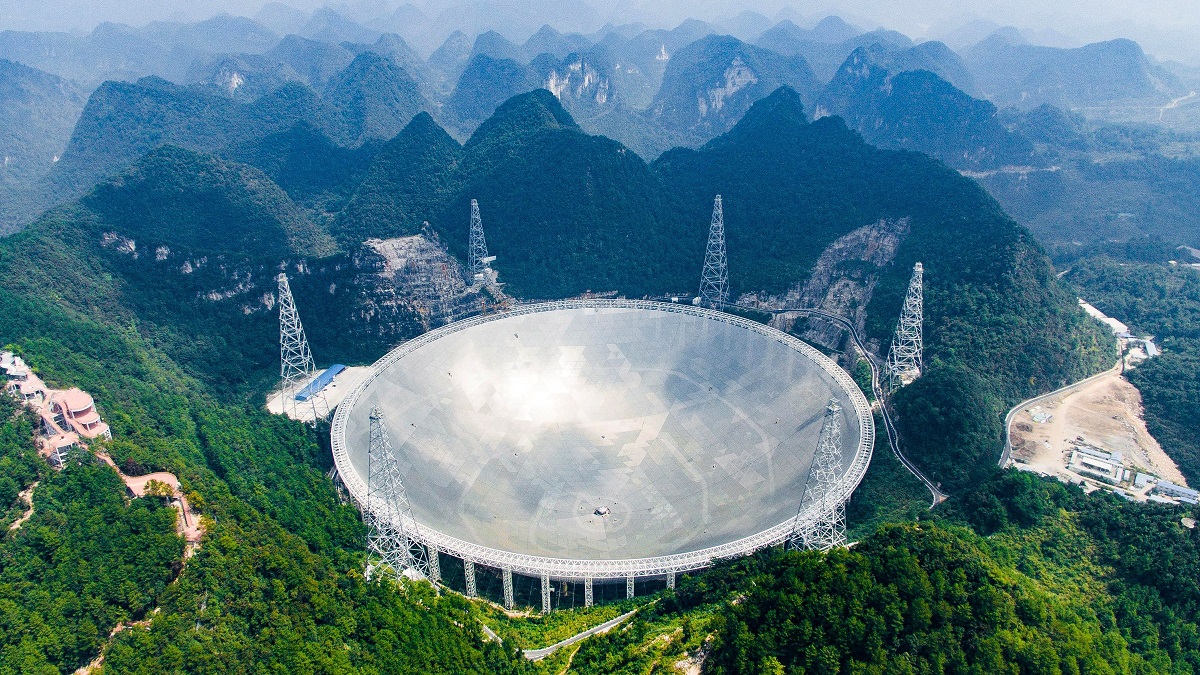 Recently, the 500-meter Aperture Spherical Telescope (FAST), known as the “China Tianyan”, discovered a new source of fast radio bursts from deep in the universe, according to the Science and Technology Daily.

A fast radio burst is a mysterious phenomenon that lasts only a few milliseconds.

Most of the fast radio storms observed in the past were one-off, where the number of photons picked up by the telescope at a certain point in time suddenly and dramatically increased as if the sky were suddenly brightening and rapidly dimming.

Only a very small number of these are rapid radio bursts with repeated bursts, which tend to flash two or three times in a row, or more.

It has been estimated that the impulse signal may have traveled through the universe for about 10 billion years.

Zhu Weiwei, a researcher at the National Astronomical Observatory of the Chinese Academy of Sciences, said that the discovery of the new source alone flashed three times in a row, at an interval of about 5 milliseconds.

He claimed that the first burst had the highest energy, and the last two bursts were roughly equal but much “darker” than the first.