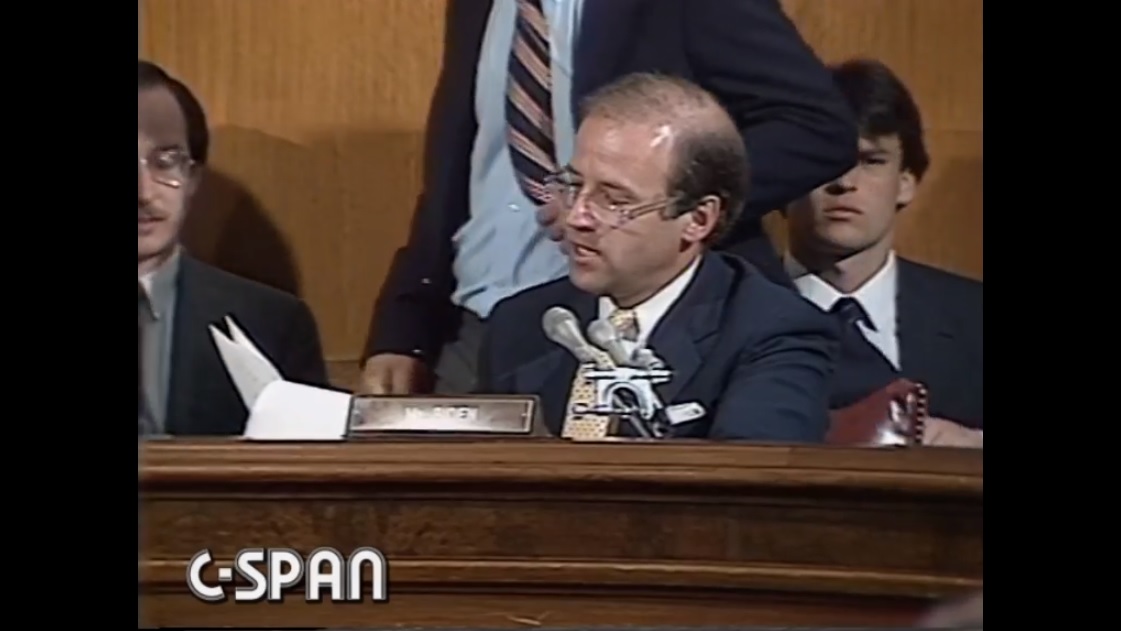 A February 2020 user-created clip on C-SPAN shows presumptive Democratic presidential nominee Joe Biden reading from a document during the 1985 William Reynolds Nomination for Associate Attorney General of the United States.

During the reading, Biden can be heard saying the n-word not once, but twice.

“He is quoting someone, but the word just rolls off his tongue with no hesitation,” explained the person who uncovered the clip. “He is obviously very comfortable saying it and it begs the question how frequently he says it.”

“It won’t kill his campaign and they won’t cancel him, but it will do damage. They have ruined people for less. Remember Papa John?”

“…Unerring precision slices through the city’s traditional sub unit. The ward, in a racially selective manner, leaving intact predominately white wards while carving up those densely populated by blacks.

“As the governor, the court concludes, quote, the governor’s opposition to the Nunez plan was predicated in significant part on his delineation of a majority black district centered in Orleans parish.

“In a confidential portion of your staff memo, they brought to your attention the allegation that important legislators in defeating the Nunez plan in the basement said, quote, we already have a n***** mayor, we don’t need anymore n***** big shots.

“And the court cited evidence of discriminatory intent on the part of other legislators including the representatives who testified at the court hearing that there were legislators, quote, who don’t feel they wanted to have a district that would be able to elect a black representative…”