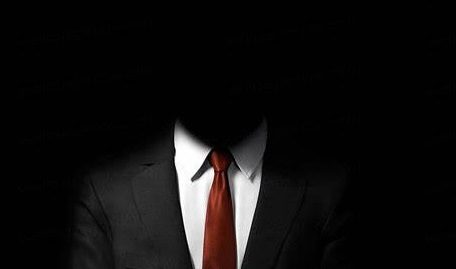 Insider: Biden’s Replacement And Leader Of The ‘Resistance’ Will Be Revealed On July 4th

On Monday, an ominous message appeared on a popular image board warning readers that “something big will be announced on July Fourth.”

The poster, who has chosen to remain anonymous, explained why Independence Day in particular was chosen as the day to make the so-called announcement.

“If you remember, last year Trump put on an awesome display of American patriotism,” said the alleged insider. “Planes, jets & helicopters from all branches of the military flew over the capitol. Songs were sung. Flags flew high. The people loved it.”

“Well, not all people. Shady politicians (both repub/dem), the mainstream media, and, most important of all, individuals with immense wealth, HATED it.

“They hated it so much so they have decided this year, and this election, of all years and elections, is the time they’re going to roll out their chosen one. The next, and final, President of the United States.

“There will be no more after this one. And eventually, he/she will not be known as the ‘President,’ but something else.”

“Fireworks have been popping off across the country in the wee hours of the morning for weeks now. People that say ‘it’s almost the 4th of July, duh’ are correct, but not in the way they think.

“They’re conditioning the population to get used to loud noises. Loud noises in their own neighborhoods. Loud noises right in front of their homes.

“Think about it. How are folks in the ghetto and inner cities able to afford 1000s of $$ worth of fireworks? We’re talking the big, professional, commercial grade ones.

“The answer is, they can’t. They’re being funded. Funded by billionaires – the same ones who have profited off the capitalist system the United States has built over the last 100+ years. These selfish, narcissistic, psychopathic power mongers want complete and total dominance over the population. They want to control every single aspect of your life, down to the second/minute.

“And the good ole USA is the first target on their list. We are the beta test.

“Don’t worry. The rest of Western civilization will soon follow. But for now, the focus is 7-4-2020.

“Perhaps it will be the Antichrist. Who knows…

“And, no. It is not Michelle Obama.

“So, prepare yourselves, for the big announcement is coming. And the dregs of society will rejoice on their social media echo chambers.

“The time is nigh. In just a few short days, we will see a major shift in the political spectrum that will not only affect Americans, but all of humanity.

“Revere has spoken. Will you heed his warning?”

Coincidentally enough, the hashtag #JulysBigSurprise started trending at around the same time the post first appeared:

#𝗝𝘂𝗹𝘆𝘀𝗕𝗶𝗴𝗦𝘂𝗿𝗽𝗿𝗶𝘀𝗲 better be this. November is too late. It better be fucking this! Check out @RefuseFascism pic.twitter.com/NqYIjt1Bwq

Some had a different take on what might be in store for us next month:

#JulysBigSurprise The way 2020 is going, this will be Independence Day on 4 July. pic.twitter.com/6gQkowJQNH

#JulysBigSurprise? Double pandemic. Because why the hell not. August's better be an asteroid. pic.twitter.com/2IKPfVVYQz