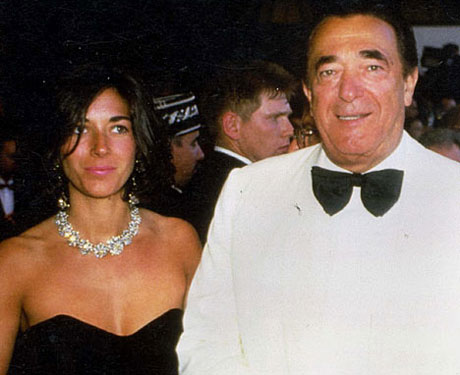 On Thursday, Jeffrey Epstein’s suspected longtime partner-in-crime, Ghislaine Maxwell, was arrested and charged with helping lure at least three girls — one as young as 14 — to be sexually abused, reports the Associated Press.

Back in 2003, The Telegraph published an article titled ‘FO suspected Maxwell was a Russian agent’ which described how certain British intelligence officers believed Robert Maxwell, Ghislaine’s father, was a secret agent working for the Soviet Union and other countries.

“After the former Mirror newspaper’s chief and ex-Labour MP died at sea on November 5 1991, there was widespread speculation that he might have been a double or even a triple agent, but the FBI found nothing in a decade of monitoring him, despite his known links with MI6, the KGB and the Israeli intelligence service Mossad,” wrote Lydia Bell, the article’s author.

“However, his file, titled ‘Captain Ian Maxwell,’ at the National Archives in Kew, London, has been found to contain reports submitted to the Information Research Department (IRD), a covert unit of the Foreign Office, describing him as ‘a thoroughly bad character and almost certainly financed by Russia.’

“Correspondence between various members of the IRD reveal that the Czech-born Maxwell had been considered to be a suspicious figure directly after the Second World War, when Maxwell, then a lieutenant in the British Army, was working for the British Control Commission in Berlin – an allied administrative body.”

“Digby Ackland, of the IRD, wrote in a 1959 report that ‘Capt Maxwell’s questionable activities have been brought to the notice of the Foreign Office on several occasions over the past 10 years.’

“Maxwell established Pergamon Press, which specialised in scientific books from Germany and Eastern bloc countries. Despite the Foreign Office suspicions, he became a Labour MP in 1964. He maintained links with Russian leaders until his death.

“His son Kevin defended his father, who died leaving a £400 million hole in his publishing empire’s pension fund. He claimed that the documents were merely evidence ‘of a long line of Foreign Office tripe.'”

Robert Maxwell died in November, 1991 under what some believe to be suspicious circumstances.

According to Maxwell’s Wikipedia page:

“On 4 November 1991, Maxwell, had an argumentative phone call with his son Kevin over a meeting scheduled with the Bank of England on Maxwell’s default on £50,000,000 in loans. Maxwell missed the meeting, instead traveling to his yacht, Lady Ghislaine, in the Canary Islands.

“On 5 November, Maxwell was last in contact with the crew of the Lady Ghislaine at 4:25 a.m. local time, but was found to be missing later in the morning. It has been speculated that Maxwell was urinating into the ocean nude at the time, as he often did. Maxwell was presumed to have fallen overboard from the vessel, which was cruising off the Canary Islands. His nude body was recovered from the Atlantic Ocean and taken to Las Palmas. Besides a ‘graze to his left shoulder,’ there were no noticeable wounds on Maxwell’s body. The official ruling at an inquest held in December 1991 was death by a heart attack combined with accidental drowning, although three pathologists had been unable to agree on the cause of his death at the inquest; he had been found to have been suffering from serious heart and lung conditions. Murder was ruled out by the judge and, in effect, so was suicide. His son discounted the possibility of suicide, saying ‘I think it is highly unlikely that he would have taken his own life, it wasn’t in his makeup or his mentality.’

“Maxwell was accorded a lavish funeral in Israel, attended by Israeli Prime Minister Yitzhak Shamir, Israeli President Chaim Herzog, ‘no less than six serving and former heads of Israeli intelligence’ and many dignitaries and politicians (both government and opposition), and was buried on the Mount of Olives in Jerusalem. Herzog delivered the eulogy, the Kaddish was recited by his fellow Holocaust survivor, friend and longtime attorney Samuel Pisar.

“British Prime Minister John Major said Maxwell had given him ‘valuable insights’ into the situation in the Soviet Union during the attempted coup of 1991. He was a ‘great character,’ Major added. Neil Kinnock, then Labour Party leader, spoke of him as a man with ‘a zest for life’ who ‘attracted controversy, envy and loyalty in great measure throughout his rumbustious life.’

“A production crew conducting research for Maxwell, a biographical film by the BBC, uncovered tapes stored in a suitcase owned by his former head of security, John Pole. Later in his life, Maxwell had become increasingly paranoid of his own employees and had the offices of those he suspected of disloyalty wired so he could hear their conversations. After Maxwell’s death, the tapes remained in Pole’s suitcase and were only discovered by the researchers in 2007.”