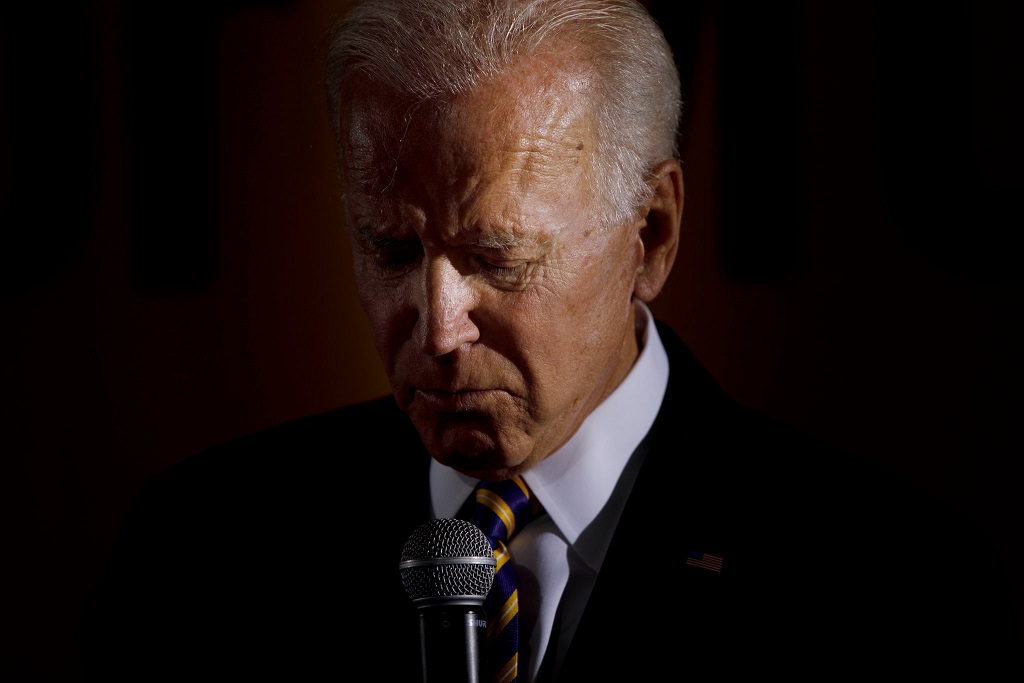 Whistleblower: Joe Biden Is In The Early Stages Of Dementia And Is On Medication For It + More

On Wednesday, a “low-level staffer” who claims to have worked at Joe Biden’s campaign headquarters in Philadelphia revealed some very interesting inside information concerning not only the general atmosphere of the Democrat presidential nominee’s campaign, but also his ongoing battle with a number of health-related issues.

Read the full confession below (Note: Some names have been omitted in the interest of privacy) –

“I worked as a low-level staffer for the Biden campaign’s HQ in Philly from July to the end of August. I am more of a Bernie guy, but I thought I should do whatever I could to defeat Trump, so I joined up. Eventually, I became so disgusted with what was going on, I had to leave. Some of this I experienced, the juicier bits are things my (now former) co-workers told me, so take those bits with a grain of salt.

“One – The whole campaign is extremely paranoid about leaks/getting hacked.

“If I were to publish the email chains I got, you’d see about a thousand messages saying ‘please see me’ or ‘meeting at 10am.’ No one wants another DNC hack situation, so no one puts any real information in emails or texts. Even with COVID, in-person meetings are the norm. They don’t want to do anything on Zoom either, in case someone records it. Everyone is suspicious of each other, and nobody likes to give specifics on anything. It was frustrating.

“Two – All of the Bernie bros joke about being ‘another Seth Rich.’

“With the paranoid atmosphere, some of us would make comments about ending up like Seth. None of us really believed the conspiracy theories, except for one weird older guy who was convinced that M****** N**** murdered him. His evidence? N**** made some cryptic tweets about ‘punishing the hackers’ the day before Seth was murdered, and the deed was done less than a mile from the Intelligence Museum in DC that N**** owns. I didn’t buy it, but I can’t say I wasn’t intrigued by the coincidence.

“Three – There are people whose job is to digitally de-age Biden for political ads.

“If you saw a recent speech for Joe and though he looked like a mummy, then saw snippets of the same speech in an ad, you might have noticed he looked a lot better. That’s because they contracted VFX artists from California to de-age him. Normally I wouldn’t begrudge them this, as I’m sure all campaigns try to make their candidate look good. But, considering what they’re really covering up…

“Four – Joe Biden is in the early stages of dementia, and is on medication for it.

“This is the big one, and the one I have the least direct experience with, but it’s been an open secret for some time. Anyone who has had a relative with Alzheimer’s or dementia can tell you, there are good days and bad days. On the good days, when Joe is at his most lucid, his campaign manager Jen will send him out for photo ops or TV interviews… make hay while the sun is shining, you know? On the bad days, Jen just tells the press pool ‘No Joe today,’ and they’re all like, ‘Okay, cool!’ Most of the time, he’s just a little foggy and gets really agitated. But one of my co-workers told me that back in May, there was a day where he thought he was running against Gary Hart in the ’84 primary again. Joe went under wraps for several days after that.

“He’s been more lucid recently because his physician, Dr. O******, put him on Namenda. Jen apparently was worried about someone finding it out, because she insisted that he prescribe it under a series of phony names, and then have the interns pick it up. I bet there are a lot of pharmacists in Philly wondering why there are so many young people on Namenda.

“Five – The dementia medication has had, um… unfortunate side effects.

“There’s no dancing around this… the medication has made Joe incontinent. Though his ‘good days’ have increased dramatically, he can barely get through a press event without running to the bathroom. That’s why he didn’t take questions after announcing Harris as his running mate. They weren’t afraid of the questions, the press loves him… they were afraid he was going to piss his pants on-camera. Lately, Jen’s been having closed-door meetings to discuss which brand of incontinence pads would be best to purchase. Seriously, a group of paid staffers sat around and discussed which brands were the least visible, the least likely to leak, and wouldn’t audibly ‘crinkle.’

“That’s around the time I left the campaign. I can’t be a party to this sick game anymore. I never really liked Joe Biden, but he deserves better than to be thrust into the public eye when he should be in memory care. His wife should put a stop to this, but she’s way too excited about being ‘First Lady’ to care about her ailing husband.”