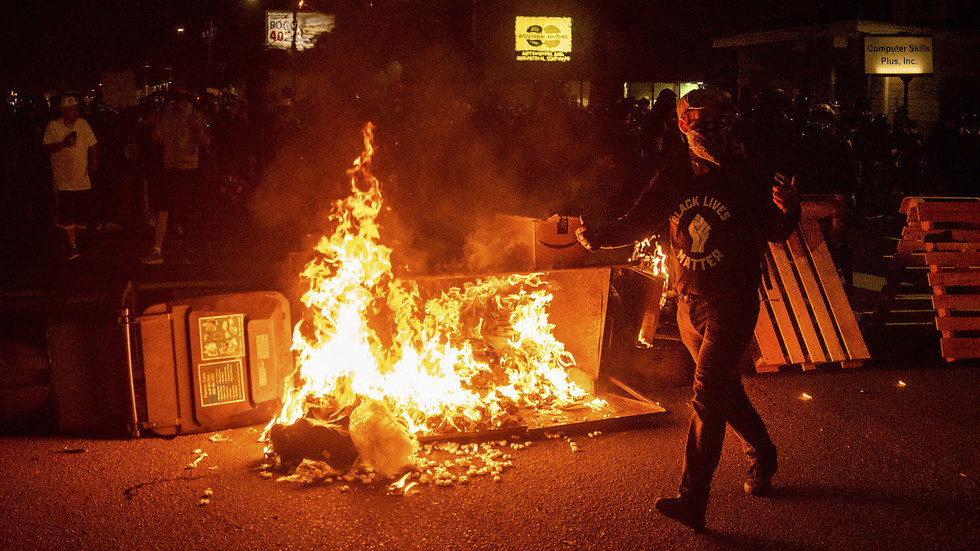 New York City, Portland, and Seattle have been named “anarchist jurisdictions” by the US Department of Justice and now stand to lose federal funding for supposedly failing to quell recent riots and for defunding the police.

“When state and local leaders impede their own law-enforcement officers and agencies from doing their jobs, it endangers innocent citizens who deserve to be protected, including those who are trying to peacefully assemble and protest,” US Attorney General William Barr said in a statement on Monday.

Barr added that the government “cannot allow federal tax dollars to be wasted when the safety of the citizenry hangs in the balance.” While the scale of such sanctions is as yet unclear, the White House budget director, Russ Vought, will be preparing the guidelines for federal agencies to withdraw funding within the next two weeks. Other cities may be added to the list in the future, the Justice Department said.

The “anarchist jurisdictions” designations stem from President Donald Trump’s earlier memo. On September 2, Trump ordered the department to look into available paths to financially punish cities that have been defunding their law enforcement agencies during crime waves, or ignoring instances of violence during the ongoing Black Lives Matter protests.

The three cities appeared on the list for a variety of reasons. In July. New York’s city council approved a budget that cut $1 billion from its police department’s $6 billion annual budget, despite a citywide rise in violent crimes.

Portland had more than a hundred consecutive nights of protests, which, on occasions, included violence, property damage, and clashes with the police. At the end of August, a group of people even broke the windows of the condominium in which the city’s mayor resides and threw burning debris inside.

Seattle, meanwhile, allowed the formation of a long-running police-free “autonomous zone” that was ultimately dismantled after incidents of violence, including shootings, in its vicinity.