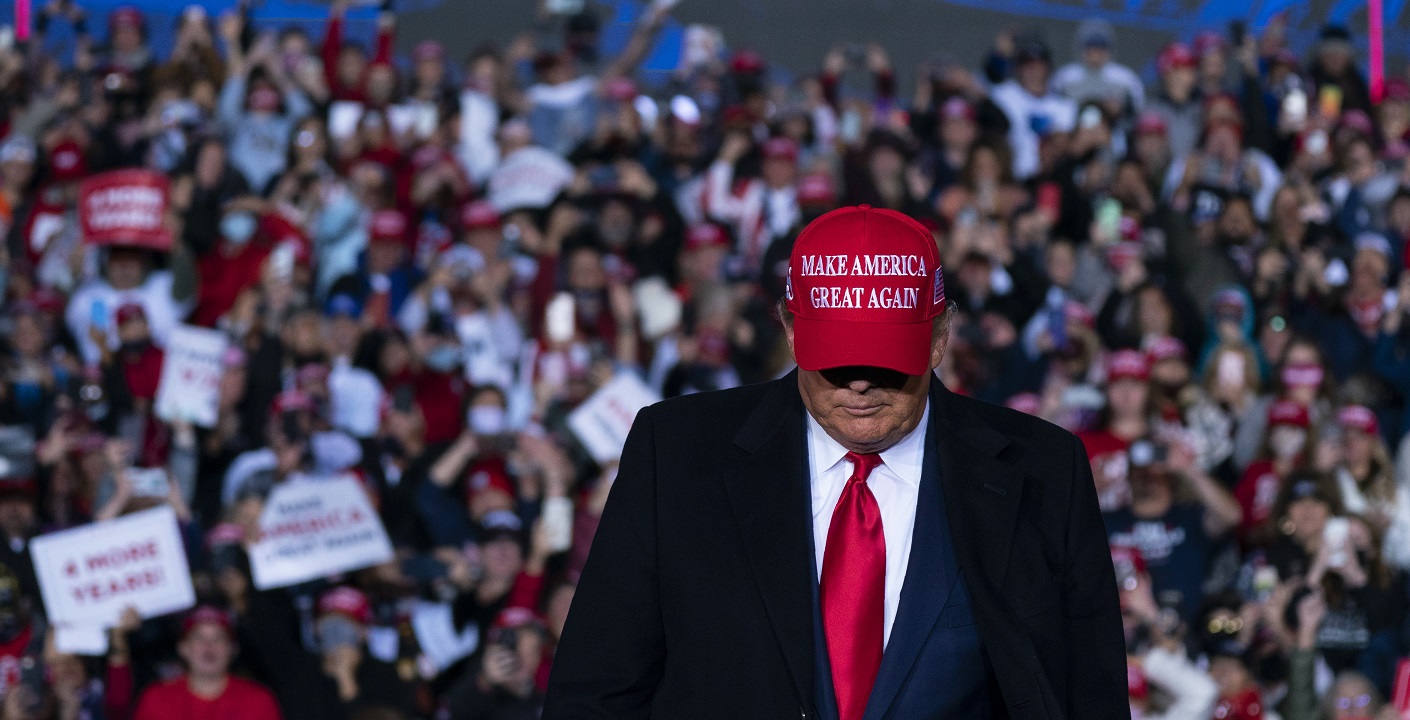 Opinion: Trump Is Standing At One Of The Greatest Crossroads In All Of Human History

It’s strange to realize that Trump is currently standing at not only one of the greatest crossroads in political history, but in all of human history. Strange because such things are usually only evident in hindsight, with the passage of many years and the knowledge of how subsequent events played out. But in this case the stakes are quite clear with only our current knowledge. And these stakes are higher than any before. Trump is not only fighting for his life and the lives of his family. He’s not just fighting for his legacy. He’s not even fighting for the survival of the Republic of the United States. Trump is literally fighting for the continued existence of humanity as we know it.

It is obvious at this point, after almost 9 months of coronavirus hysteria (which is now ramping up again) and with globalist elites openly promoting their “Great Reset” plan, that the long-talked about NWO “conspiracy theory” is now being implemented across the world. Everyone here knows what they have in store for us and for our children. It is a future where the concepts of freedom, privacy, tradition and private property do not exist. A future where you will be microchipped and forcefully vaccinated with DNA-altering poisons at the whim of the government, where all of your movements will be tracked and monitored, where Christianity will be heavily persecuted if not outlawed entirely, where the ownership of assets will be limited to the elite. In short, they have in mind the creation of a permanent slave underclass. The total domination of humanity, physically, psychologically and spiritually. If this sounds like a vision of Hell, that’s because it is literally Satanic. This is the world system of Antichrist made manifest.

Donald Trump is the only major world leader who stands against this agenda. Joe Biden and Kamala Harris are 100% on board with it, and if Biden assumes the Presidency he (or more accurately, the puppets pulling the doddering old fool’s strings) will immediately begin working on the Great Reset/NWO agenda. Further, if Biden becomes President after “winning” an election that was so blatantly rigged, the United States of America will essentially no longer exist. Arguably, we are at that point already, even if Trump should prevail. If the citizens believe they can no longer have faith in the democratic process, then there is no longer the pretext of democracy in America. We have entered a new era. The only thing that matters at that point is power, and who is able to wield it. The means by which one attains that power are irrelevant. It is a game of victory or death. Thus the only rule is: “by any means necessary.”

And so knowing the stakes, we return to Trump, standing at the crossroads. He will soon be faced with a monumental choice. He can submit to Biden’s fraudulent victory and willingly vacate the Presidency, or he can refuse to do so and maintain control by any means necessary. The former will result not only in Trump’s personal ruination (likely including imprisonment), but the ruination of his family, and the destruction of the United States discussed above. The latter would almost assuredly kick off an outright civil war, and even if Trump’s faction should prevail, would embark the U.S. down an uncertain and uncharted path of American Caesarism. And yet, however grim these two possibilities are, Trump must indeed choose one of them over the coming weeks. His hand has been forced. The die must be cast.

I hope and pray that Trump can rise to this moment, and that not only is God not done using him as a cudgel of divine punishment against the wicked powers of the world, but has in fact preserved and prepared him for precisely this opportunity, when all the cards are on the table and every player has gone all-in. Now is the time Trump must act decisively.

Published in Opinion, U.S. and World