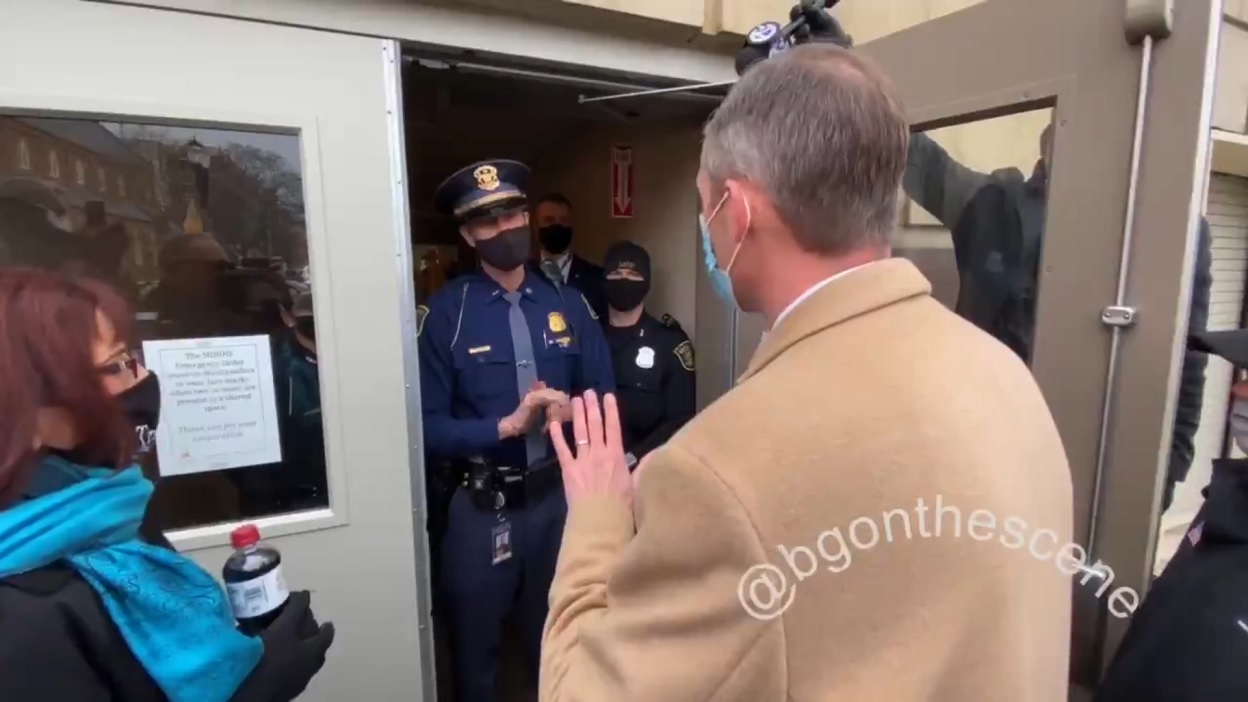 On Monday, numerous Michigan GOP electors were denied access to the capitol by state police:

“The Electors are already here, they’ve been checked in.” Michigan State Police are blocking access to the Capitol, preventing the GOP Electors from getting inside.

“The Electors are already here, they’ve been checked in.” Michigan State Police are blocking access to the Capitol, preventing the GOP Electors from getting inside #Michigan #ElectoralCollege #ElectoralCollegeVote pic.twitter.com/GzTK5gGCJ1

The state police representative told the electors that if they had a problem, they could “contact the governor’s office”:

“If you have a problem, you can contact the Governor’s office.” State Police block access to the Capitol for the Trump electors, giving no reason for why the building is locked down & redirecting inquiries to Governor Whitmer’s office #Michigan #ElectoralCollege #Lansing pic.twitter.com/wqdPfpMC7H

The mainstream media is reporting differently, of course.

In another sign of the lingering unrest over President Donald Trump’s election loss, an Arizona group sent the National Archives in Washington, D.C., notarized documents last week intended to deliver, wrongly, the state’s 11 electoral votes for him.

Copies of the documents obtained by The Arizona Republic show a group that claimed to represent the “sovereign citizens of the Great State of Arizona” submitted signed papers casting votes for what they want: a second term for Trump and Vice President Mike Pence.