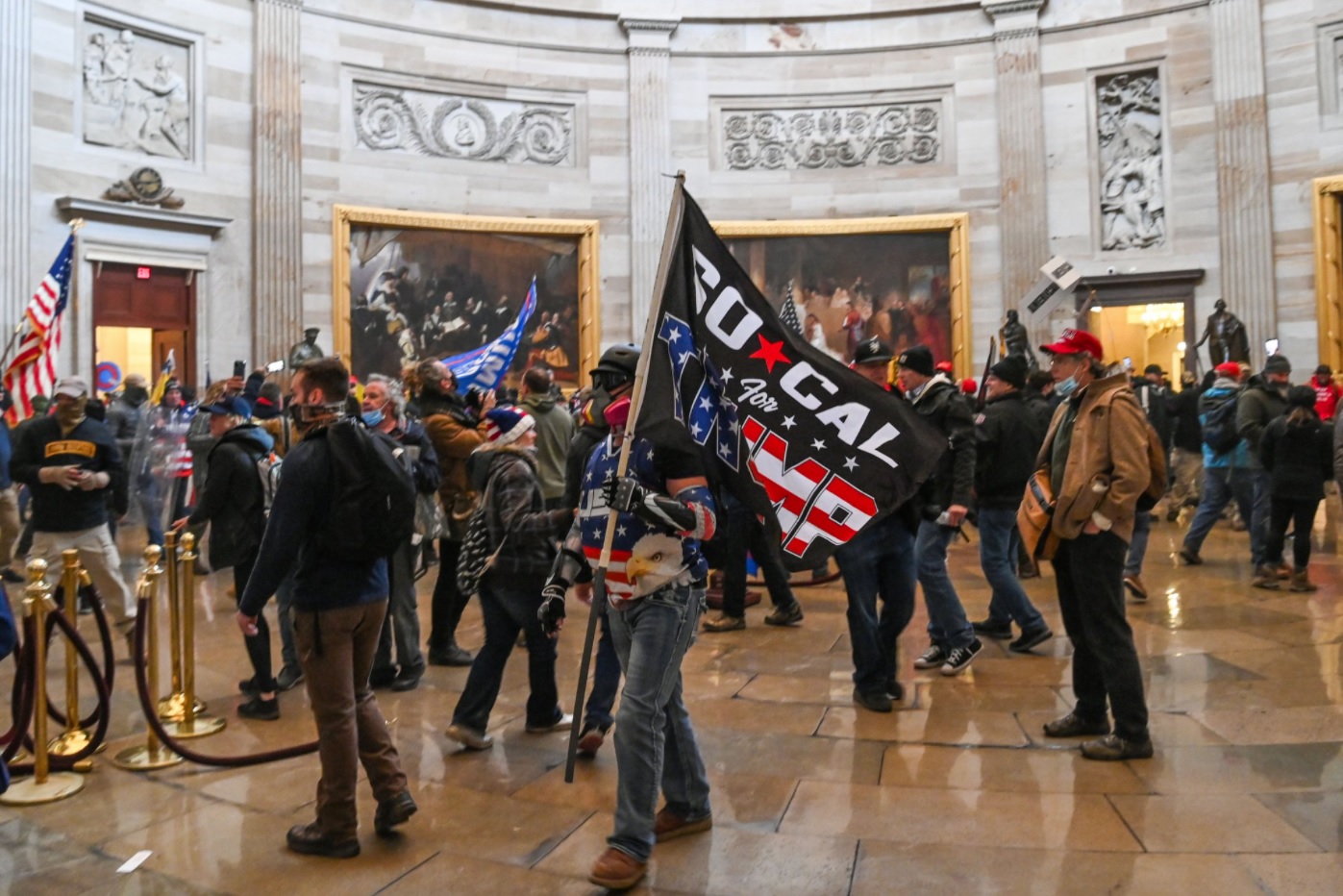 Lawmakers had to evacuate the House and Senate chambers on Wednesday as protesters breached security perimeters.

Many groups clashed with DC police and one woman was reportedly shot. Her condition is unknown at this time, but according to eyewitnesses, she was bleeding from both the neck and mouth.

Some have their doubts about whether the protestors who suddenly turned violent were legitimate Trump supporters or just there to cause chaos.

“It makes NO sense from the viewpoint of true patriots. More and more on-ground intel is coming to the surface that the breach of the Capitol building has been initiated by ANTIFA thugs dressed up as Trump supporters. Classic Agent Provocateur tactics and straight out of the communist/Marxist color revolution playbook. The MSM is already having a field day, blaming Trump supporters for violence.”

“Think about it. Why would Trump supporters suddenly get violent right as one of their own is defending the move to reject and investigate the fraud?”

More skepticism from others on social media:

IMO Antifa has infiltrated MAGA and taken over the Capitol.

Also, I think this is being done to cast blame on the right.

I'm worried about my MAGA brothers and sisters.

Does this dude look MAGA to you? pic.twitter.com/NR2Hpdae8A

THESE. ARE. NOT. TRUMP. SUPPORTERS.

THESE ARE THE SAME PEOPLE WHO DESTROYED OUR CITIES IN 2020. pic.twitter.com/x26YbccFO9

ANTIFA and BLM have infiltrated the capitol. These are NOT PATRIOTS @realDonaldTrump pic.twitter.com/R8wFMypXXH

This does not look like a Trump supporter. pic.twitter.com/RSqXZNX4rS

A message posted online shortly before the Washington DC protests warned that both BLM and ANTIFA were busing in people to instigate violence:

“Please patriots pray and be careful… BLM Balt. / DC [Antifa] branches are already busing people in to disturb January 6th. Orders given to dress like “MAGA” [and] blend in [to] cause trouble especially around cameras. At night arson has been ordered. All to be blamed on Trump supporters attending.”

User @chesterbelloc3 believes a psyop is in progress to condition the population to accept martial law under a Biden administration because of right wing terrorism:

“Took a brief look at the news today. Back to what I was doing. You are watching a psy-op run by agent provocateurs. Don’t buy into the Q silliness. This is being orchestrated to set the tone of the next admin, martial law and constant panic about RW terrorism.”

Took a brief look at the news today. Back to what I was doing. You are watching a psy-op run by agent provocateurs. Don't buy into the Q silliness. This is being orchestrated to set the tone of the next admin, martial law and constant panic about RW terrorism.