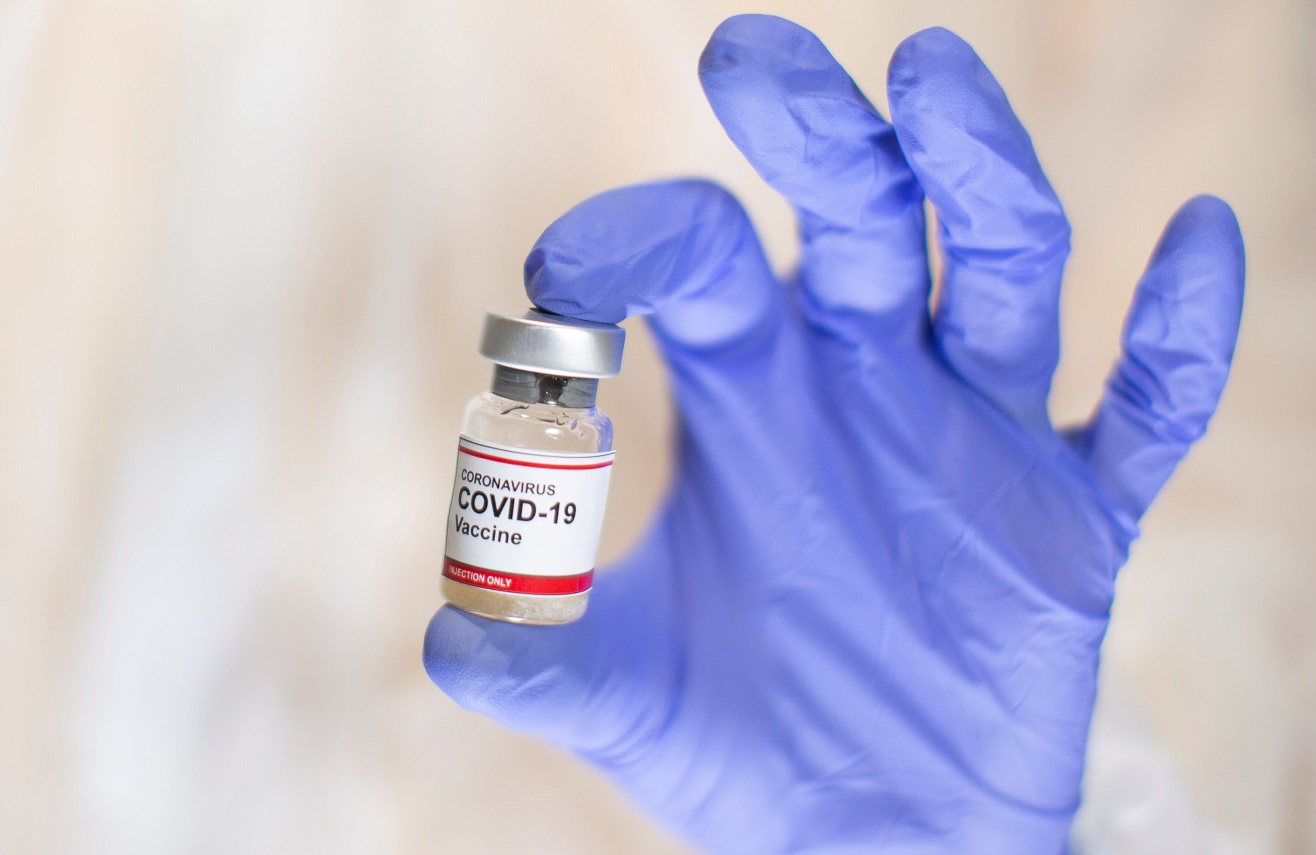 Is The COVID Vaccine Safe? Here’s A Breakdown Of The Serious Side Effects Some Recipients Have Experienced So Far

Even though the mainstream news media, various government agencies and world leaders continue to assert the new fast-tracked COVID-19 vaccinations are generally safe, many who have already been inoculated are experiencing some very serious side effects.

The following is a short list of videos, articles and other information related to this issue.

“If you are considering the vaccine for covid… the MODERNA… I would advise against it! I’m in bad shape! Everyday getting worse and I’m not getting help or answers! I’m scared to death to say the least! And to find someone willing to attempt to figure this out hasn’t been very successful! I went to 2 hospitals today, walked out of deaconess and went to St Vincent. No answers there either. They say let’s see a neurologist (who knows when they can see me). Yesterday my tongue began to spasm and it hasn’t quit. Today my whole body has been convulsing all day! They sent me home!!”

Hundreds sent to Emergency Room After Getting Covid 19 Vaccines

Over 1,000 people injected with a new COVID-19 vaccine have experienced an adverse event, with hundreds being taken to emergency rooms.

One patient in Michigan on Dec. 16, 2020, became lightheaded and dizzy, and experienced chest tightness and hand tingling. She repeatedly told doctors, “I think I am having a panic attack.” She was sent to the emergency room for evaluation.

That’s one of 308 reports from patients sent to hospital emergency rooms documented on the Vaccine Adverse Event Reporting System (VAERS). That represents 0.0064 percent of the total vaccinations done, 4.8 million, as of Jan. 5.

A hospital worker with no history of allergies was admitted to intensive care over a severe reaction she suffered 10 minutes after having Pfizer’s coronavirus vaccine.

The unidentified female worker suffered an anaphylactic reaction shortly after receiving the injection at a hospital in Juneau, Alaska, on Tuesday.

She had no prior history of allergies, and was not allergic to other vaccines. The woman began to feel flush 10 minutes after receiving the vaccine, and took an antihistamine.

She was taken to the emergency room at Bartlett Regional Hospital in Juneau after struggling to breathe. Emergency room director Dr Lindy Jones said the woman had an elevated heart rate and a red rash on her face and torso.

Thousands of people have been unable to work or perform daily activities, or required care from a healthcare professional, after getting the new COVID-19 vaccine, according to new data from the Centers for Disease Control and Prevention (CDC).

As of Dec. 18, 3,150 people reported what the agency terms “Health Impact Events” after getting vaccinated.

The definition of the term is: “unable to perform normal daily activities, unable to work, required care from doctor or health care professional.”

The people reporting the negative effects reported them through V-safe, a smartphone application. The tool uses text messages and web surveys to provide personalized health check-ins and allows users to quickly tell the CDC if they are experiencing side effects.

MEXICO CITY (Reuters) – Mexican authorities said they are studying the case of a 32-year-old female doctor who was hospitalized after receiving the Pfizer-BioNTech COVID-19 vaccine.

The doctor, whose name has not been released, was admitted to the intensive care unit of a public hospital in the northern state of Nuevo Leon after she experienced seizures, difficulty breathing and a skin rash.

“The initial diagnosis is encephalomyelitis,” the Health Ministry said in a statement released on Friday night. Encephalomyelitis is an inflammation of the brain and spinal cord.

The ministry added that the doctor has a history of allergic reactions and said that there is no evidence from clinical trials that anyone has developed an inflammation of the brain after the vaccine’s application.

FROM THE CDC: 3,150 people vaccinated in ONE DAY are “unable to perform normal daily activities, unable to work” after vaccination. This is a massive 2.7% of people who can no longer work after taking the Pfizer vaccine.

Wife of ‘perfectly healthy’ Miami doctor, 56, who died of a blood disorder 16 days after getting Pfizer Covid-19 vaccine is certain it was triggered by the jab, as drug giant investigates first death with a suspected link to shot

The grieving wife of a leading Florida doctor has told DailyMail how her ‘perfect’ husband died from a mystery blood disorder – just days after getting the Pfizer Covid-19 vaccine.

Heidi Neckelmann says obstetrician Gregory Michael, 56 – her ‘best friend’ and partner of 28 years – was active, healthy and had no pre-existing conditions before getting the jab on December 18.

However he died from a stroke Sunday morning after suddenly developing a rare autoimmune illness that causes the body to destroy its own platelets, the tiny fragments that help blood to clot.

Distraught Heidi, 58, thinks the groundbreaking Pfizer-BioNtech vaccine may have somehow been the trigger.

‘In my mind his death was 100 percent linked to the vaccine. There is no other explanation,’ she told DailyMail.com, fighting back tears.

The Norwegian Medicines Agency has announced that two nursing home residents passed away days after receiving the Pfizer-BioNTech Covid-19 vaccine, and that an investigation has been launched into the deaths.

“We have to assess whether the vaccine is the cause of death, or if it is a coincidence that it happened soon after vaccination,” Medical Director Steiner Madsen said in a statement about the deaths.

He also noted that, because people of advanced age are receiving the vaccine first, it is entirely possible the deaths could be coincidental. Around 400 people die every week in Norwegian nursing homes.

Between December 14 and 23, a total of 21 people suffered anaphylaxis upon getting their first dose, the Centers for Disease Control and Prevention (CDC) revealed on Wednesday.

Of those patients, 17 people had a history of allergies or allergic reactions and 71 percent of cases occurred within 15 minutes of vaccination.

EAST HAMPSTEAD, NH (CBS) – A counselor at a Massachusetts hospital recently made a trip to the Emergency Room because of side effects he experienced from the COVID-19 vaccine.

Chris of East Hampstead, New Hampshire, received his second dose of COVID-19 vaccine on Sunday. On Monday, he developed a fever. “He was bright red,” his wife Sue Troy told WBZ-TV. “I touched his forehead, we took his temperature, and it was 105.5.”

Because of the quick spike in temperature, the family’s primary doctor advised them to go to the nearest Emergency Room, to roll down the windows on the way to cool him down, and to put a cold compress on Chris’ neck. “That made me really nervous,” Sue said.

Four trial participants who received the Pfizer Covid-19 vaccine experienced facial paralysis, according to the Food and Drug Administration. The FDA said the issue should be monitored as the jab becomes more widely available.

The potentially concerning cases were revealed after the US drug regulator published an analysis of the Pfizer-BioNTech vaccine ahead of a meeting to consider emergency use authorization for the jab in the United States.

According to the documents, Bell’s palsy, a form of temporary facial paralysis, was reported by four participants during phase 3 trials. The individuals had been administered the jab, and no members of the placebo group experienced similar adverse effects.

The condition resembles a stroke, with most sufferers watching helplessly as one side of their face droops and their muscles go limp. In some rare situations, both sides of the face may become paralyzed. It is unclear what causes Bell’s palsy, although the temporary paralysis usually goes away on its own.

The CDC has a plan to relocate American citizens by force because of COVID. They use flowery language but the gist of it is that they are going to send you to camps to slow the transmission of COVID (source).

The shielding approach aims to reduce the number of severe COVID-19 cases by limiting contact between individuals at higher risk of developing severe disease (“high-risk”) and the general population (“low-risk”). High-risk individuals would be temporarily relocated to safe or “green zones” established at the household, neighborhood, camp/sector or community level depending on the context and setting.1,2 They would have minimal contact with family members and other low-risk residents.

Current evidence indicates that older adults and people of any age who have serious underlying medical conditions are at higher risk for severe illness from COVID-19.3 In most humanitarian settings, older population groups make up a small percentage of the total population.4,5 For this reason, the shielding approach suggests physically separating high-risk individuals from the general population to prioritize the use of the limited available resources and avoid implementing long-term containment measures among the general population.

In theory, shielding may serve its objective to protect high-risk populations from disease and death. However, implementation of the approach necessitates strict adherence1,6,7, to protocol. Inadvertent introduction of the virus into a green zone may result in rapid transmission among the most vulnerable populations the approach is trying to protect.

The World’s First Human Composting Facility Will Open in 2021

When a human being’s time is up, in Western countries we generally have two main options for our mortal remains – burial or cremation. Now, a world-first facility has been set up to offer a unique alternative ritual to traditional choices: compost.

Recompose, which is scheduled to begin operations in Seattle, Washington in 2021, bills itself as the world’s first human composting facility, offering to gently convert human remains into soil, in a process it calls “recomposition” or “natural organic reduction”.

The company, a public benefit corporation led by founder Katrina Spade, has been in the works for years, but became a legally viable service this year when Washington passed a historic bill to become the first US state to allow human composting.

The law goes into effect in May 2020, enabling what Spade calls a “death-care revolution”, in which bodies of the deceased will transform into soil in the company’s reusable, hexagonal ‘Recomposition Vessels’.