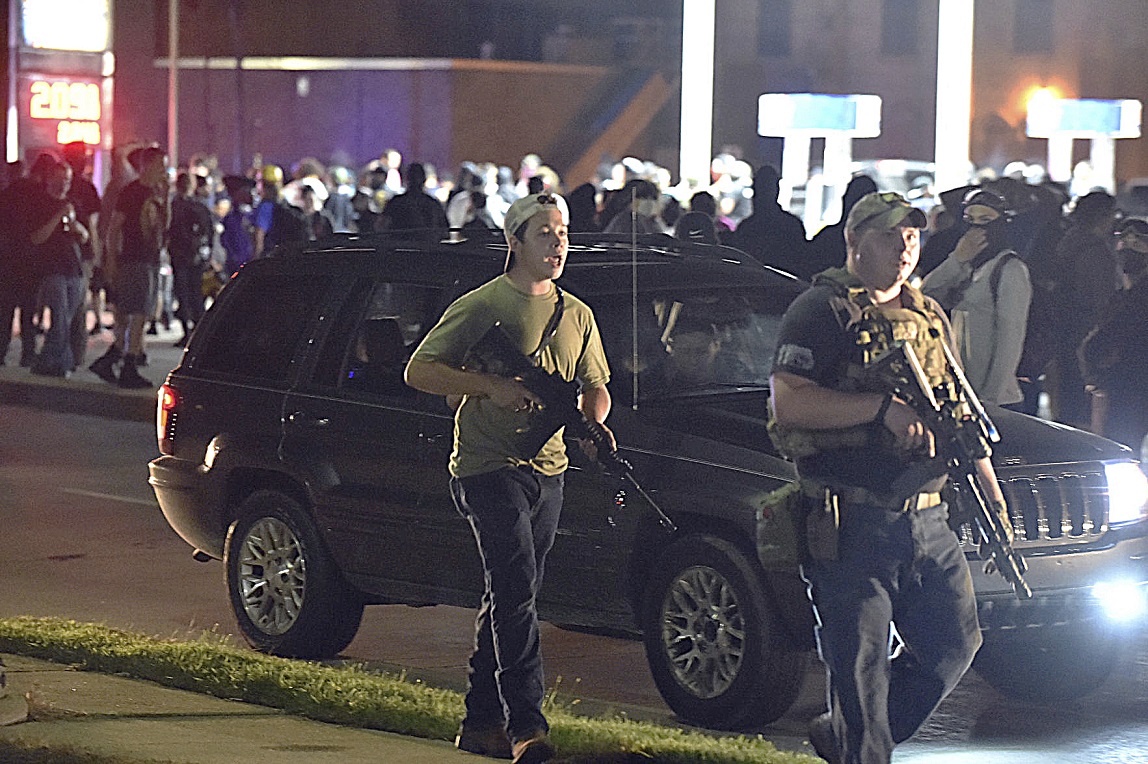 During a hearing involving Kenosha County, Wisconsin murder suspect Kyle Rittenhouse, the father of one of the victims (Anthony Huber) was seen flipping off the presiding judge.

The defense for Illinois murder defendant Kyle Rittenhouse, 17, is scheduled for a preliminary hearing in Kenosha County, Wisconsin on Thursday. Court is set to being at 11:30​ a.m. ET. / 10:30 a.m. CT.

As on video, the defendant opened fire with a rifle during a confrontation, which happened amid protests over the police shooting of local man Jacob Blake. Anthony Huber, 26, and Joseph Rosenbaum, 36, were killed.

Law&Crime is naming Rittenhouse because he is being charged as an adult, and has spoken publicly about the case. He maintains he was just acting in self-defense.

“I feel I had to protect myself,” he told The Washington Post. “I would have died that night if I didn’t.”

Rittenhouse, an Illinois resident, said he was in the area working as a lifeguard. Armed people–often, if not always, conservatives and “militia”–went to Kenosha ostensibly to protect local property to against rioting and looting.

Critics tend to maintain that they and Rittenhouse were just “looking for trouble.” Nonetheless, Rittenhouse’s case became a cause célèbre for right-wingers, who raised money for his defense. They raised enough for him to meet his $2 million bail.