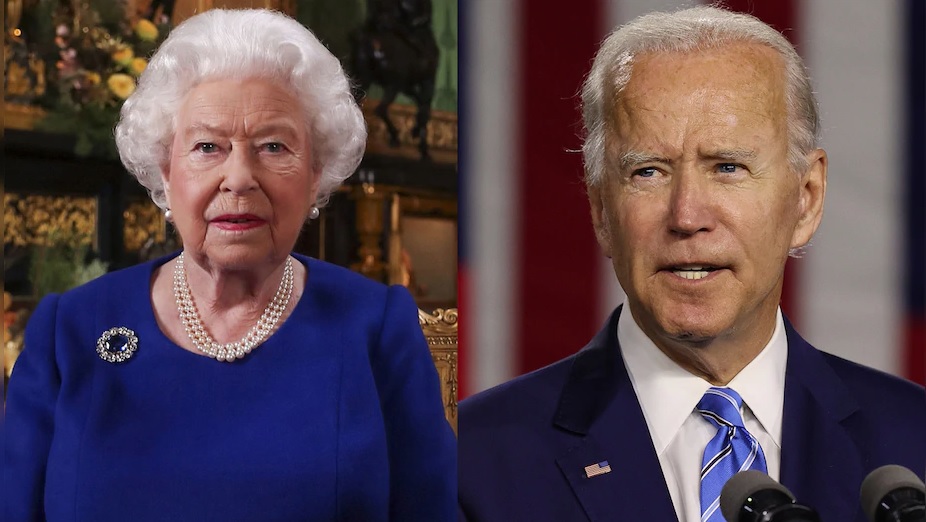 A royal family insider who chose to keep their identity private posted a message Sunday evening claiming Queen Elizabeth will not be meeting with U.S. President Joe Biden this summer because she “despises” him due to his questionable past behavior.

“Here’s some news that contradicts reports that the Queen will meet with Biden this summer. The fact of the matter is she absolutely DESPISES him and will use the pandemic as an excuse to NOT meet the president,” said the alleged insider.

“Years back, when he visited England as the VP, Biden acted EXTREMELY inappropriate around both women and children. The Queen actually witnessed this herself and it broke her heart to see how such a perverted person could hold an executive position inside government.

“From that point forward, she swore to never let him visit the royal palace again. She also put a ban on some of his family members, like his son Hunter. ‘The apple doesn’t fall far from the tree,’ as she so elegantly stated.”

The whistleblower continued, claiming the queen called Biden a “disgusting old man” and even said she made disparaging remarks about Vice President Kamala Harris.

“After the January inauguration ceremony was over, the Queen called Biden a ‘disgusting old man’ with a deceiving ‘cheshire smile.’ She also had some choice words for Kamala Harris, but they’re too vulgar to post (even here).”

Read the rest of the message below:

“The Queen is severely disappointed in Harry and Meghan since they’ve seemed to ‘toe the line’ in regard to the ‘status quo of American politics.’

“When Harry lived in London, she often spent time teaching him to think critically and make up his own mind. To quote, she said: ‘Don’t believe all the hype you see in the rags. Use that noggin of yours to weed out the muckrake and hogwash.’

“Unlike what many of you think, the Queen is not a ‘lizard person’ or some diabolic globalist monster. She’s actually a very kind and down-to-earth person and isn’t shy about voicing her opinion on scumbags like Joe Biden.”

One person following the development had an interesting take on the news:

“She’s not mean, and she’s not a lizard person. She’s a sensible, rational elderly woman who, and this is indisputable, has seen a LOT of sh*t in her time.

“She dedicated her entire life to Great Britain, the United Kingdom, and the British Empire around the world…

Others were more skeptical:

Does “insider” mean you read the Daily Mail?

Yes, I’m sure that after Reagan, Clinton, Trump, Prince Andrew, etc that [Biden] is the final straw. Very believable.

Got a proofs frendo (verification of most kinds are desirable). I find your story interesting and would be inclined to converse with you should you not be a trickster.