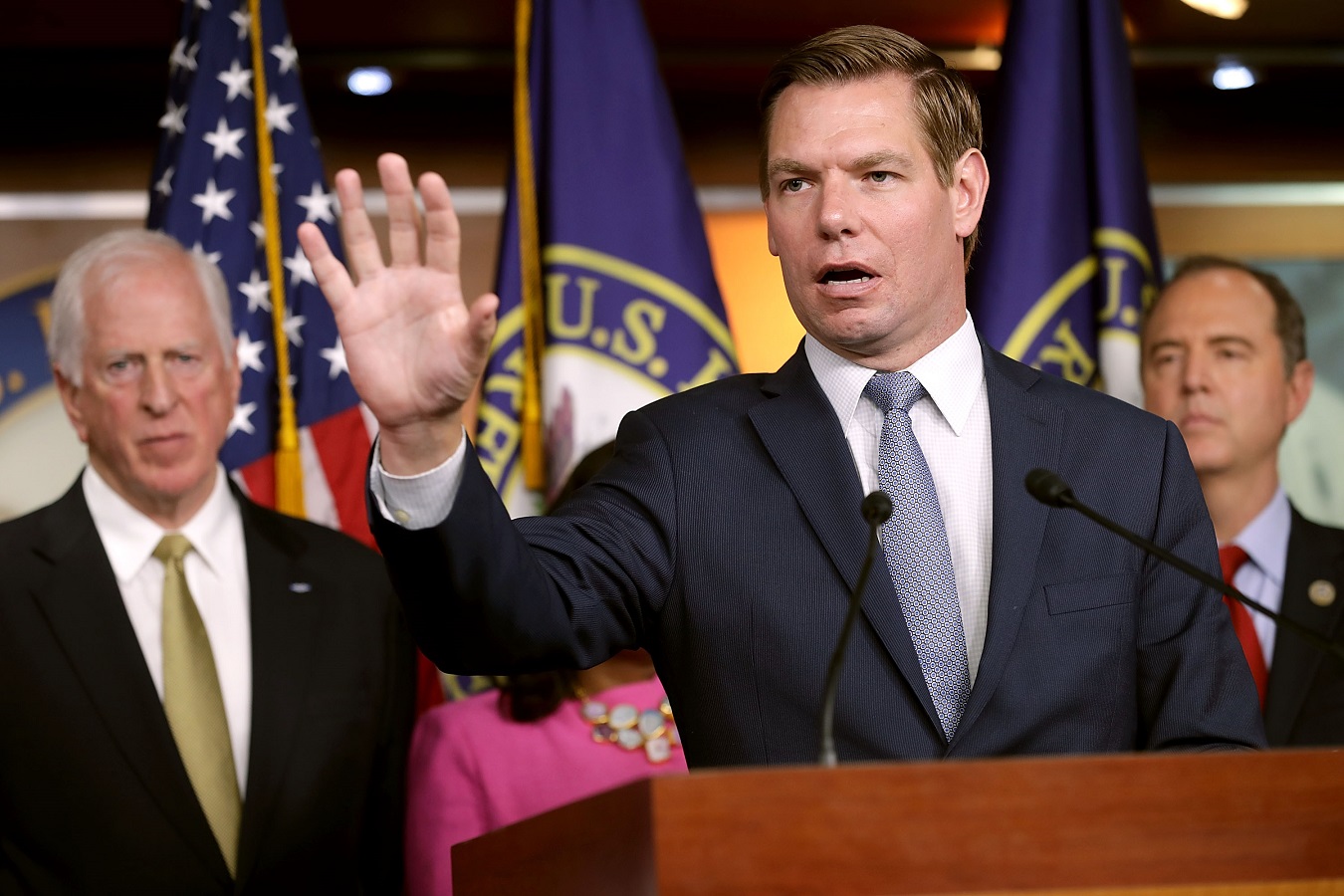 Democratic California Rep. Eric Swalwell on Monday called for “a white nationalism task force” at the Department of Justice to look into radicalization.

“They’re going to need, I believe, at the Department of Justice, a white nationalism task force to make sure that they’re understanding at the earliest of ages how people are being radicalized if there are in fact training camps,” Swalwell said on “MSNBC Live With Katy Tur.”

“And in our evidence we found that the Oath Keepers, a group, in particular, that they do have like training camps and an initiation process, very much like international terrorist groups do,” Swalwell said. “So we’re gonna have to make sure we use all the tools and resources we have to find these groups, to defeat these groups and then bring them, you know, to justice in the courts.”

More lawmakers are advocating for a 9/11-like commission over the Jan. 6 Capitol riot after the Senate acquitted former President Donald Trump on Saturday of a charge of inciting the insurrection. A mob of Trump supporters breached the Capitol building during a protest which turned into a riot against the Electoral College’s certification of the presidential election results.

“There is no moving on, you know January 6 is a day that we’ll sadly all remember. I do think that we have to take an approach that we took like after September 11 and root out white nationalism, terrorism from our country,” Swalwell said.