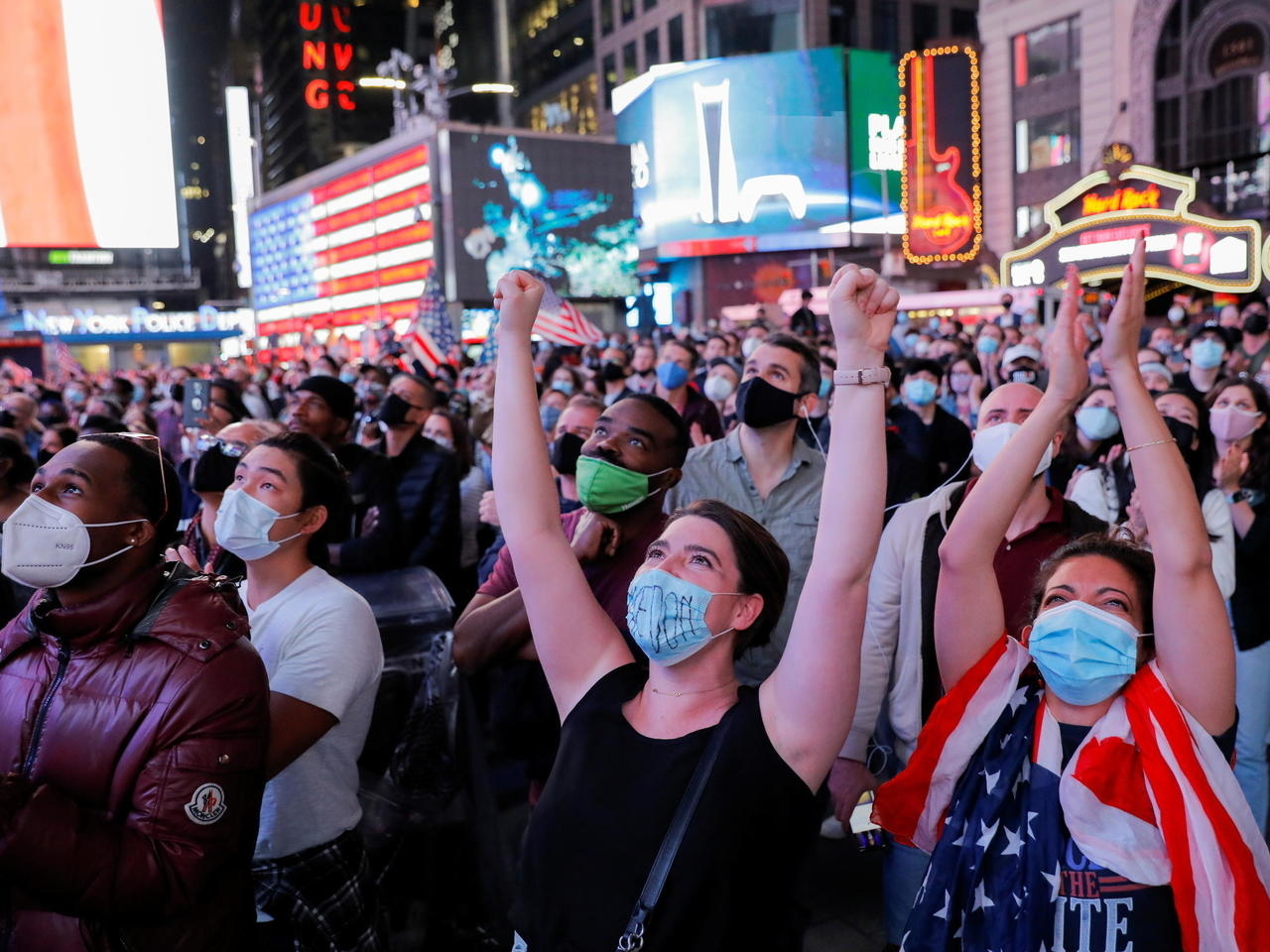 On Thursday, a verified user on Twitter posted a celebratory message about the recent bombing in Syria:

“So different having military action under Biden. No middle school level threats. Trust Biden and his team’s competence.” 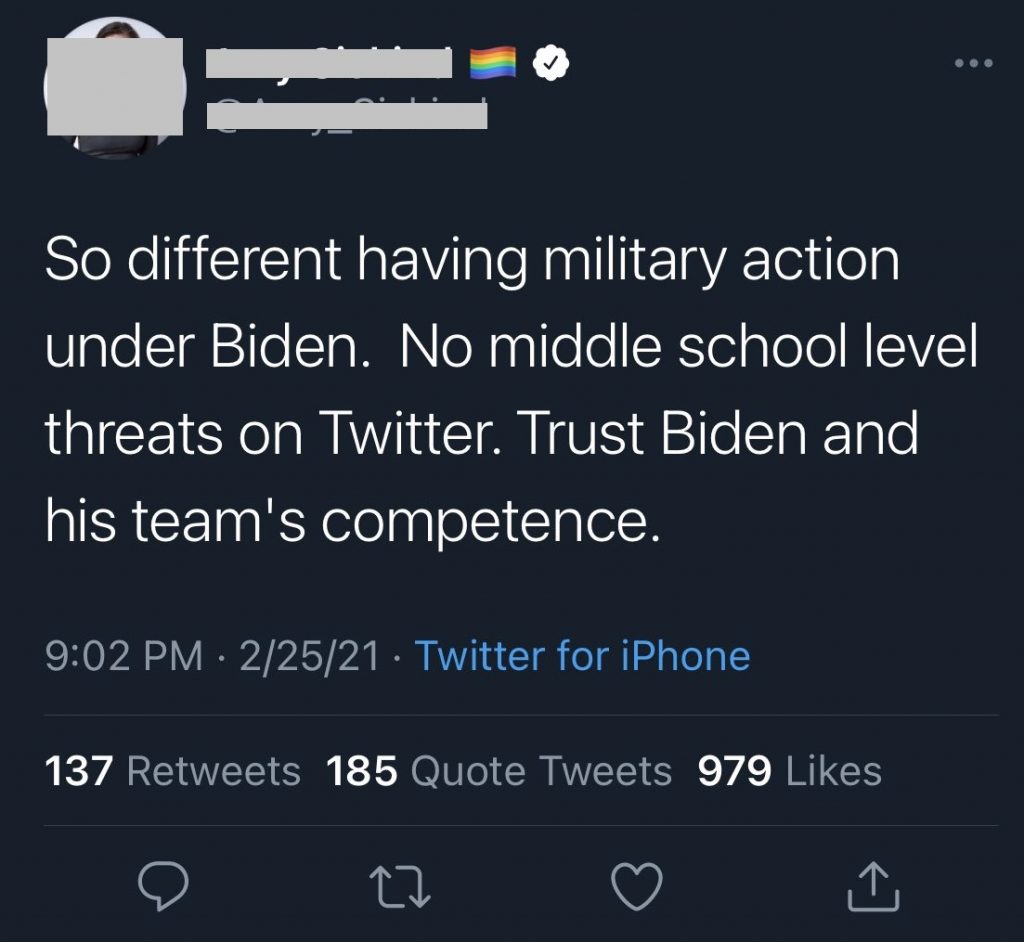 The strange tweet has since been deleted, but not before others jumped on the warmongering bandwagon:

“Such a quiet attack. No drama, no TV coverage of bombs hitting targets, no comments on how presidential Biden is. What a difference!”

According to the New York Post, President Biden is facing bipartisan backlash after ordering the bombing of a facility in Syria allegedly used by an Iran-allied militia group.

It was the first overseas strike ordered by Biden, and his administration said it was intended to deter future attacks on US troops in Iraq. But he swiftly faced a chorus of criticism from left-wing Democrats and libertarian and conservative Republicans.

“I strongly oppose @POTUS meddling in Syria. I can think of better ways to ensure no one can strike our US forces in Iraq. Stop the endless wars,” wrote Rep. Nancy Mace (R-SC).