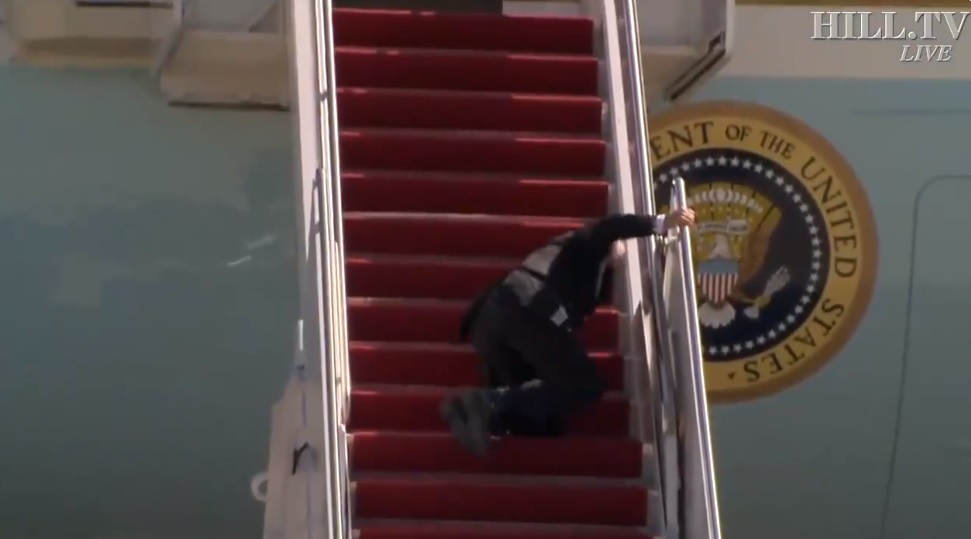 On Friday, President Joe Biden was caught stumbling three times in a row while climbing the stairs to board Air Force One:

Joe Biden just fell 3 times in a row trying to go up the stairs to Air Force One pic.twitter.com/gTUTckUH32

This comes just a day after Biden mistakenly referred to Kamala Harris as the “president.”

From the Washington Examiner:

President Biden called Vice President Kamala Harris the “president” during a speech in which he referenced vaccinations on Thursday.

“This is really important,” Biden said of the country’s immunization effort. “Because we believe in speed and efficiency must be matched with fairness and equity. Now, when President Harris took a virtual tour of a vaccination center in Arizona not long ago, one of the nurses on that tour — injecting people, giving vaccinations, said that each shot was like administering a dose of hope.”

Is Biden getting ready to step down due to cognitive decline? Let us know your thoughts by leaving a comment below.