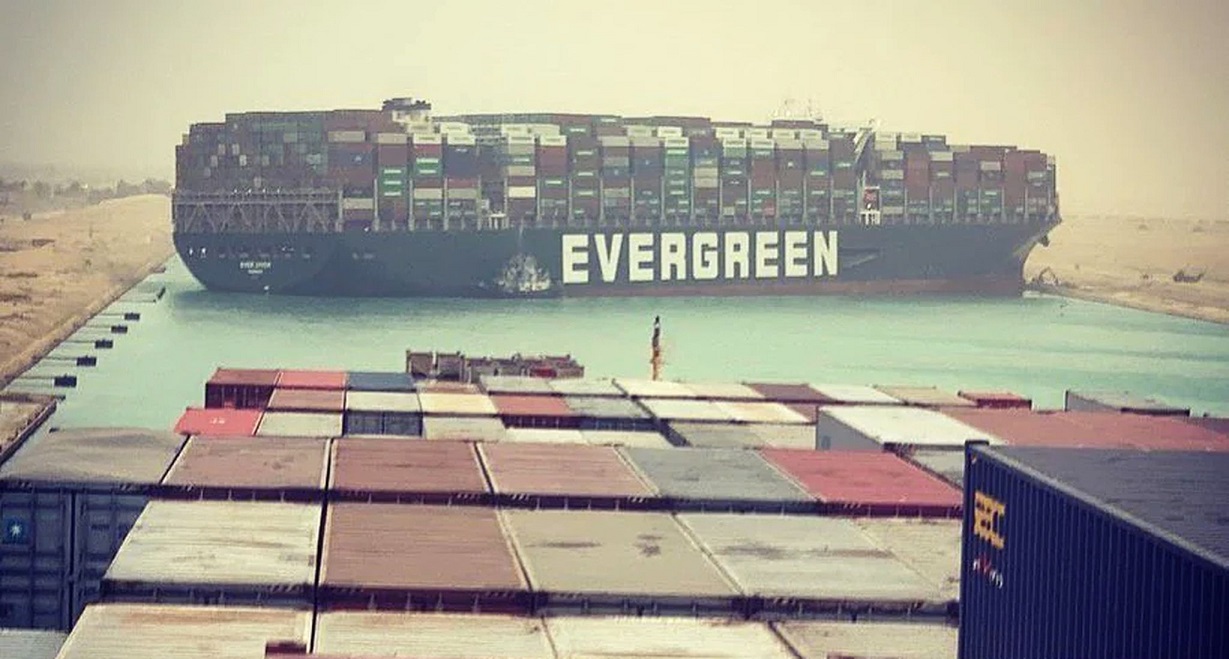 Here We Go Again: Coffee, Toilet Paper And Other Products May Suffer Supply Shortages Due To Suez Canal Blockage

Supply-chain issues are building up as the freighter ship Evergreen continues to block the Suez Canal, a crucial artificial waterway in Egypt that connects the Mediterranean Sea to the Red Sea.

The Suez Canal jam could cause shortages of toilet paper, coffee, furniture, and other imported goods, reports Business Insider.

Depending on how long it takes to move a hulking 224,000-ton freighter called the Ever Given – said to be bigger than the Empire State Building – that ran aground on Tuesday, shoppers could see a shortage of numerous items.

Lars Jensen, a Danish container-shipping expert, thinks the debacle could actually have an impact on a wide-range of products. “[It will affect] basically anything you see in the stores,” Jensen stated during an interview with NBC News.

About 12% of global trade moves through the Suez Canal, the Egyptian waterway that connects Europe and Asia. The Ever Given, one of the largest vessels in the canal, has been blocking hundreds of cargo ships from passing through.

Even before the blockage, businesses were struggling with supply shortages because of the coronavirus pandemic. Nike, Costco, Toyota, Honda, and Samsung have recently said supply-chain issues are harming business this quarter and would likely have an impact going forward.

The Suez Canal logjam has added a layer to the delays and shortages. Experts have said that the blockage is costing about $400 million an hour and that the stuck vessel could take weeks to move. Some ships will take an alternate route around Africa, adding 15,000 miles and about two weeks to their journey.