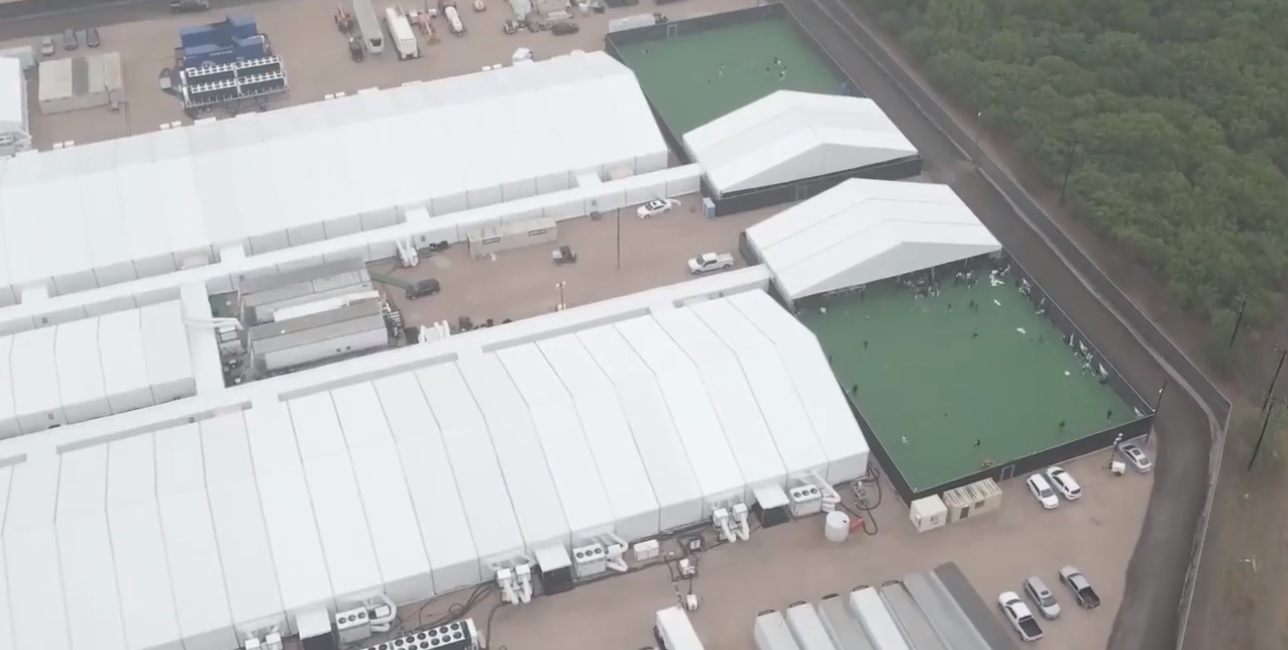 The mainstream media has been talking about a surge at the border, but the real story is a massive illegal immigration pipeline run by the Biden administration that Infowars reporters witnessed running nonstop in McAllen, Texas.

First, Border Patrol delivers bus loads of illegal immigrants to a secure tent processing center. Infowars was told by sources that well over a thousand migrants arrive each night in this area alone, and what their reporters witnessed during the day certainly substantiates this number.

Infowars was told by a driver of the operation the migrants are being tested for COVID-19 at this processing center.

They all leave with manila envelopes in hand; those who do test positive for COVID are driven to one of the several hotels that have contracted with the federal government to act as COVID quarantine shelters, where they will quarantine for seven days before being released into the U.S.

The rest are either bused or walked down the street to the humanitarian respite center operated by Catholic Charities of the Rio Grande Valley, where they are brought in through the front door with their manila envelopes inspected.

They are housed, given bags of clothing and are then sent off through the back door to various U.S. cities via bus and airplane; it’s a nonstop flowing pipeline.

Those who take the bus are led across the street to the bus station. The rest are given rides to the airport, where they present Border Patrol and TSA with the paper work inside their manila envelopes and then set off to various U.S. cities where they are either meeting up with some other government agency, NGO or perhaps even Mexican cartels operating within the U.S.

It is the biggest illegal immigration smuggling operation in U.S. history and it is being run by the federal government on behalf of the United Nations to destroy all American liberties and put us under the boot for a thousand years.