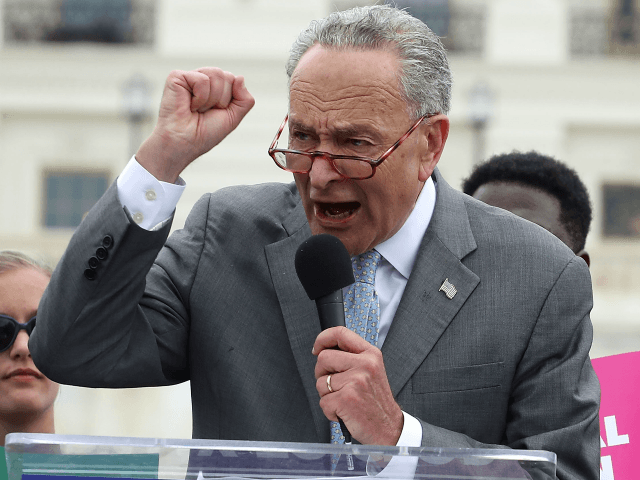 In remarks to media pushing his gun control agenda, Sen. Schumer said, “…the evil gun dealers, pushed by the NRA, have used gun shows as a major way to get guns into the hands of people without a background check.”

What is evil is the senator’s twisted distortions to bastardize the truth to disarm Americans. Sen. Schumer knows he’s lying. He knows all commercial sales of firearms, whether at a brick-and-mortar store, at a gun show or initiated online, must be completed in a face-to-face-transfer with the required background check forms and verification from the FBI’s National Instant Criminal Background Check System (NICS).

Sen. Schumer is lying. That’s evil. Yet, he casually slings insults to those small business owners who follow the law and sell firearms to law-abiding citizens. That’s the mom-and-pop shops on downtown street corners and the destination big-box retailers too, that sell camping equipment, fishing tackle and hunting gear.

He said firearm retailers are evil. That’s not the conviction he applied to the murderers who commit their horrendous crimes. That’s not the final word for those who criminally misuse a firearm, who wantonly ignore laws and prey on innocent Americans. Sen. Schumer reserved the harsh and final verdict to one of the most regulated industries in America…

Sen. Schumer slapped the label on gun owners during a New York City press conference where he spun tales about home-built firearms, or so-called “ghost guns.”

“They’re as easy to buy and easier to assemble than Legos,” he told reporters. Which is another lie. Unless of course toddlers are using drill presses, power rotary tools, metal files along with other hand tools like hammers and screwdrivers, he knows this is another lie…

Sen. Schumer’s problem isn’t with the gun or the gun retailer. He’s surrounded by guns. As part of the Senate’s leadership, he is constantly surrounded by Capitol Hill police that carry guns to provide for his safety. He went along with Speaker of the U.S. House of Representatives Nancy Pelosi (D-Calif.) and surrounded Capitol Hill with National Guardsmen carrying guns.

Clearly, if Sen. Schumer were so reviled by guns, he’d demand they were nowhere in his presence. That’s not that…

Sen. Schumer’s only borrowing a page from President Joe Biden’s playbook. President Biden, from the debate stage while running for the White House, called firearm manufacturers “the enemy.” This is the industry that provides the U.S. military with their small arms, law enforcement their tools and citizens the means by which to exercise Second Amendment rights and protection for themselves and their loved ones.

This is an industry that’s veteran-heavy. These are men and women who literally swore oaths to defend the Constitution against all enemies foreign and domestic – the cost of which could include their lives…

This isn’t Sen. Schumer’s first time going off half-cocked, if the pun is allowed. Sen. Schumer threatened U.S. Supreme Court Justices they would “pay the price” if they didn’t vote his way on issues.