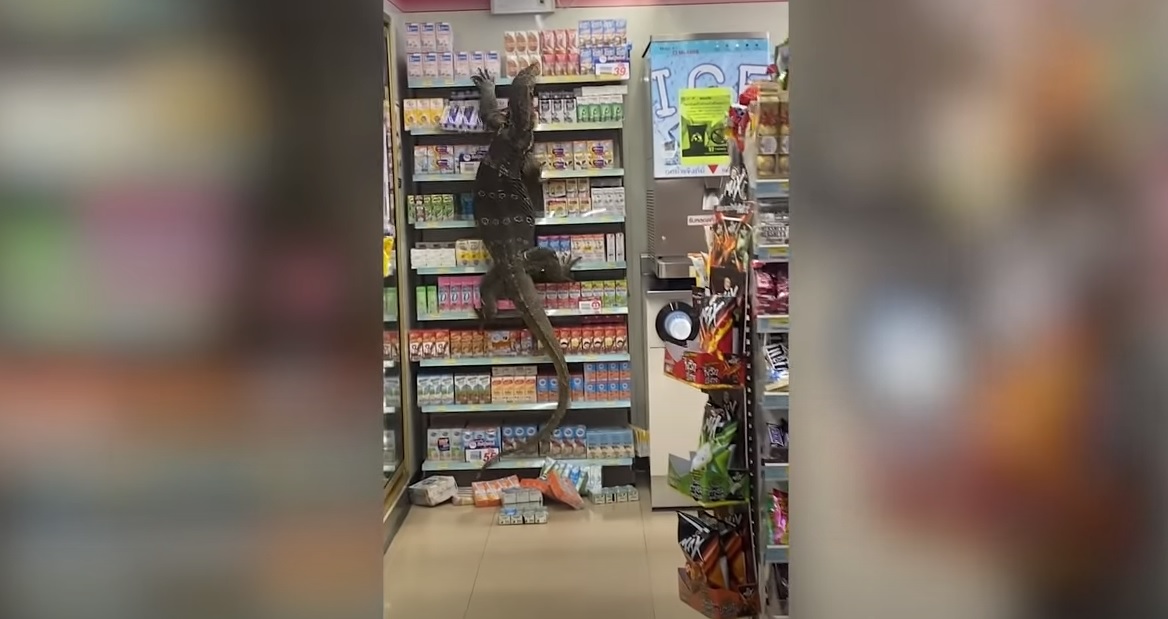 A giant 6-foot-long monitor lizard “raided” a 7-Eleven in Nakhon Pathom, Thailand, terrifying customers as it climbed one of the store’s shelves and tossed several cartons of milk and other products onto the ground.

According to YouTube channel Viral Press, a worried shop assistant called the police who arrived with reptile handlers to snare the ferocious monitor lizard shortly after lunchtime.

The rescue team arrived at the shop on the outskirts of the capital Bangkok and dragged the monitor lizard out of the store before ushering it away into nearby undergrowth. Despite its rampage through the grocery shop, the monitor lizard had not managed to take any food. The unusually large creature is believed to have struggled to find food outside, following months of dry weather with little rain.