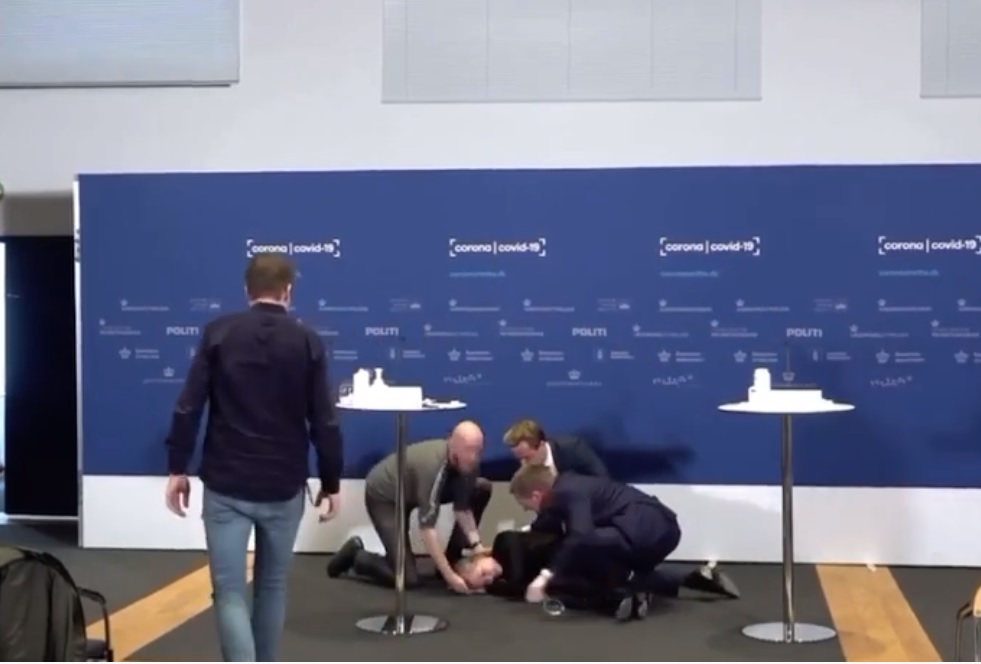 Authorities in Denmark recently announced suspending the distribution of the AstraZeneca coronavirus vaccine to the general population due to the possibility of serious side effects, such as life-threatening blood clots.

During the press conference, one of the state authority representatives collapsed and was immediately tended to by her colleagues.

The woman’s condition is still unknown as of the posting of this article.

European news outlet Notimerica reports Danish health authorities confirmed on Tuesday the definitive elimination of the COVID-19 vaccine developed by AstraZeneca and the University of Oxford from their immunization plan, due to the drug’s link with “very rare” thrombotic events.

Denmark suspended the administration of the AstraZeneca drug after several cases of young people who had suffered thrombosis after receiving it were found. In the European country, a 60-year-old woman has died from one of these episodes after being inoculated.

About 150,000 people have received the AstraZeneca COVID-19 vaccine in Denmark, which had committed 5.2 million doses.

UPDATE: Here’s another angle showing the woman passing out –