We believe in ghosts… Do you??

We believe in ghosts…

The tweet was accompanied by an even stranger YouTube video titled ‘Ghosts In The Machine’ with the following description:

All the world’s a stage.

In addition to some unsettling images and sounds, featured throughout the clip are messages, starting with a quote from Sun Tzu, a famous Chinese general, military strategist, writer, and philosopher:

If your opponent is of choleric temper, seek to irritate him. Pretend to be weak, that he may grow arrogant.

Born from the ashes of a world at war.

You’ll find us in the shadows.

At the tip of the spear.

A threat rises in the East.

And all the world’s a stage.

Anything we touch is a weapon.

We come in many forms.

A feeling in the dark.

A message in the stars.

Ghosts in the machine.

The 1st Special Forces Command is located in Fort Bragg, North Carolina and describes itself as the world’s “premier partnered irregular warfare force”: 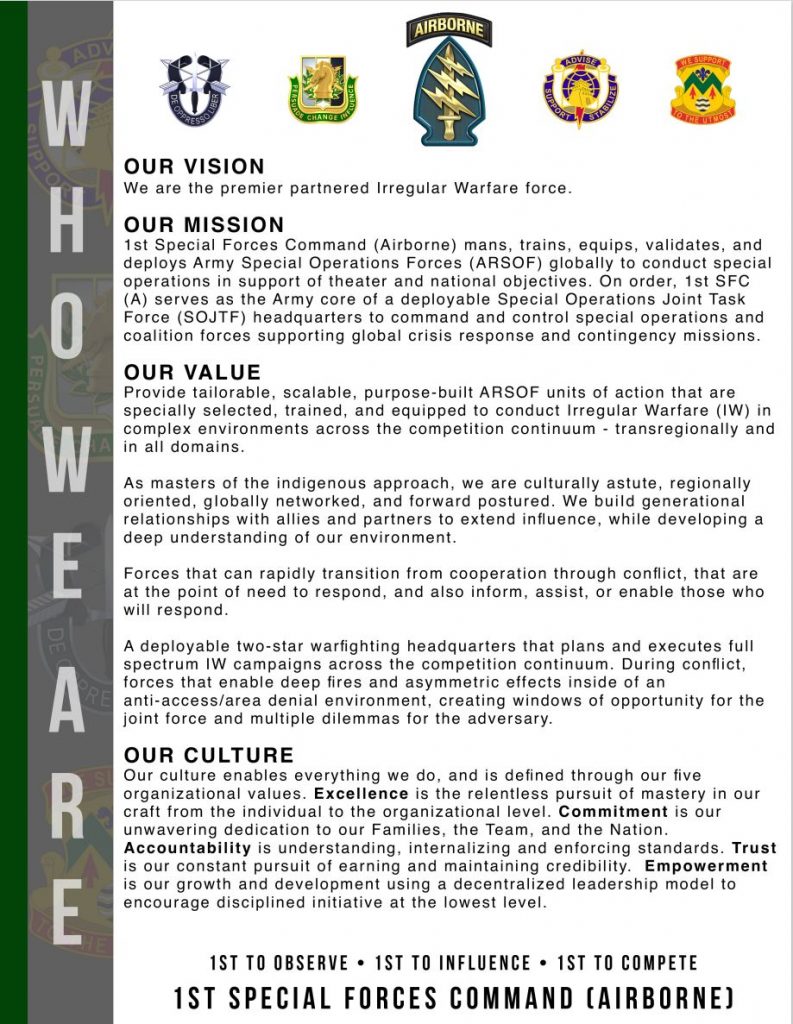 What do you think about the video and its message? Let us know by leaving a comment below.

Published in Conspiracy, U.S. and Weird